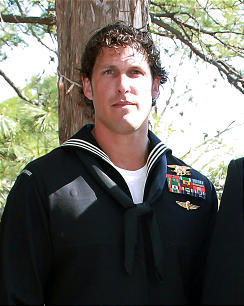 Members of the southern Utah community of Blanding won't soon forget Jason Workman, a returned missionary and Navy SEAL who was killed last month while on a military deployment in Afghanistan.

Brother Workman, 33, a U.S. Navy petty officer first class and a member of the elite SEAL Team 6, was among the 31 Americans killed Aug. 5 when their helicopter was shot down by insurgents in Afghanistan's Maidan Wardak province. He was buried in Arlington National Cemetery in Virginia with full military honors.

"Jason had been in the service for almost eight years. He loved his job and was great at it," noted the Workman family in a released statement. "Jason was the best of the best. Jason was admired by so many and will be dearly missed."