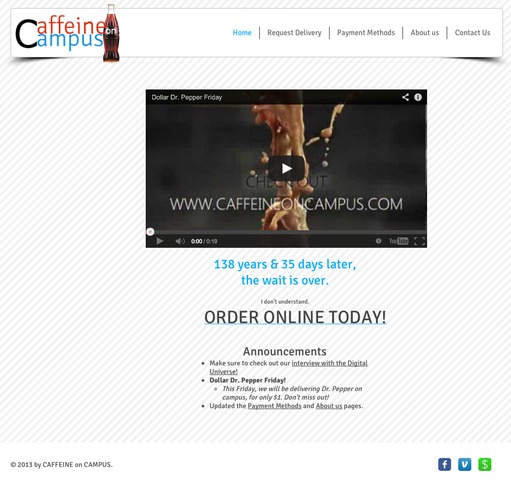 A Brigham Young University spokeswoman famously explained last year why caffeinated drinks are not sold at Mormonism’s flagship school: It is "not a university or church decision, but made by dining services, based on what our customers want."

There has not "been a demand for it," Carri Jenkins said in September 2012, a statement met with guffaws by Coke-guzzling students and faculty at the Provo campus.

Now some enterprising undergrads have decided to test the question of demand.

In November, a group of nine launched "Caffeine on Campus," a service that hand-delivers Coca-Cola products to anyone on campus who puts in an order through the website — www.caffeineoncampus.com.