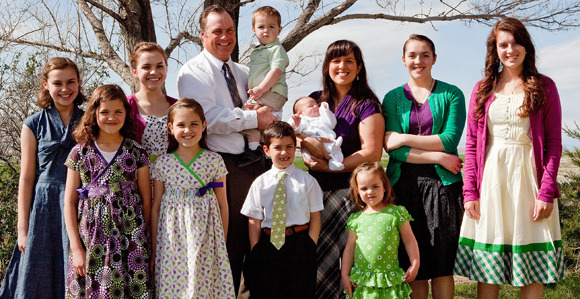 Montserrat Ventura Wadsworth wanted to change the world. She planned to live an exciting and glamorous life, saving millions by finding cures for the world’s diseases.

When Sister Wadsworth found herself raising 10 children on a large farm in Winnemucca, Nevada, she realized that Heavenly Father had a different plan for her.

In the speech she gave as Nevada’s Young Mother of the Year at the American Mothers, Inc. convention, Sister Wadsworth explained that she now viewed motherhood as an integral part of God’s plan to change the world. “While battles rage, diseases spread, and evil rears its ugly head, God is working quietly behind the scenes using mothers and babies to change the world.”