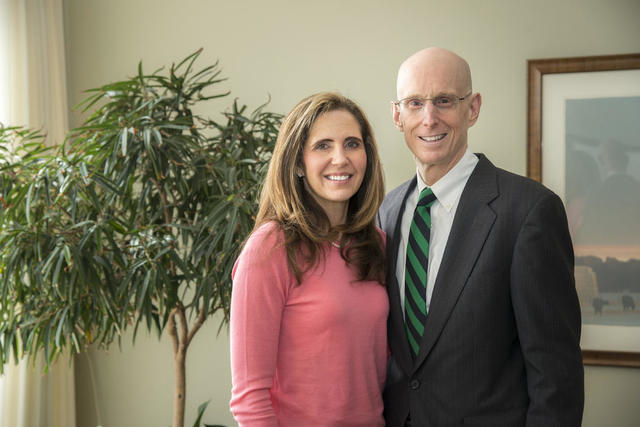 Nearly four decades later, Brother Eyring works as the university’s Academic Vice President and again visits the Rexburg campus daily. Although some buildings have changed, the familiarity of campus reminds him of his childhood, when he spent time with his father, President Henry B. Eyring of the First Presidency, as he led the small-town college in the 1970s.

Beginning April 10, Brother Eyring will follow in his father’s footsteps as he starts his assignment as the 17th president of Brigham Young University-Idaho.

Announced by Elder Dallin H. Oaks of the Quorum of the Twelve Apostles during a campus devotional in February, the change comes as BYU-Idaho President Clark G. Gilbert assumes his role as president of the newly formed BYU-Pathway Worldwide.

“For me, it is a place of the richest possible family memories,” Brother Eyring said. “And, the essential aspects of it haven’t changed — it has only gotten better. … The interesting thing is I never even imagined going back. I was gone for 29 years and in 29 years I never passed through town.”

Named after his father, grandfather and his mother’s family, Henry Johnson Eyring was born in 1963 in Palo Alto, California. Born two years after his parents married, Henry is the oldest of Henry B. and Kathleen Johnson Eyring’s six children.

“The week of my birth, my maternal grandparents moved into what was at the time a relatively dilapidated, but very expansive, estate on a hilltop in Atherton, California,” he told the Church News. "My grandfather bought it as a fixer upper.”

At the time his father was teaching at Stanford University, and Sister Eyring’s father — who had moved from Vernal, Utah, to work on the Golden Gate Bridge — insisted they live on the property.

“The guest house still to this day is the largest house I have ever lived in,” said Brother Eyring. “I remember those idyllic days, especially in the summer. ...

“But mother had a strong feeling that it wasn’t the right place for us,” he said.