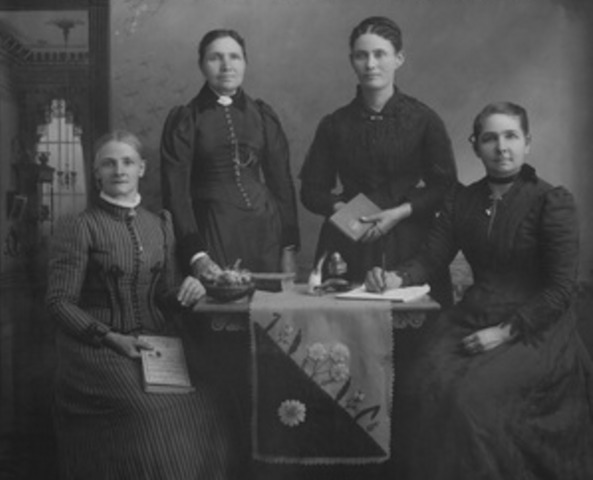 Early documents of the Relief Society published for the first time.

“They’re not just sunbonnet pioneer women that just kind of trudged along in the dirt with their covered wagon. They were well read. They were articulate. They knew what they believed in. They knew how to move forward.”

That’s how Carol Cornwall Madsen, a professor emerita of history at Brigham Young University, describes the 19th-century Mormon women who are featured in a collection of documents outlining the history of the Relief Society of The Church of Jesus Christ of Latter-day Saints.

A compilation of documents has been published for the first time in a new hardcover book, The First Fifty Years of Relief Society: Key Documents in Latter-day Saint Women’s History, which is being released February 29, 2016, by the Church Historian’s Press, an imprint of the Church History Department of The Church of Jesus Christ of Latter-day Saints. Digital selections of the book will be available for free online beginning that day at https://churchhistorianspress.org. Additional digital selections will also be released online in the coming months.

This volume is the culmination of years of work by many people, including scholars, writers and the editors of the volume.

What’s in the Book?

The nearly 800-page book features 78 documents chosen from thousands of available records to illustrate the development of the Relief Society from 1842 to 1892. More than 2,000 people appear in the published documents. The book also contains brief biographical sketches of about 400 men and women who play more prominent roles in Church history.

“This extraordinary volume has never been published in its entirety, so this will be new to most readers,” said Jill Mulvay Derr, retired senior research historian, Church History Department.

Portions of the documents have been shared in meetings and published in the Woman’s Exponent, a semimonthly newspaper for Mormon women that was printed from 1872 to 1914. Never before have the Nauvoo minutes been published in their entirety in print.

“So we have a collection of 50 years’ worth of selected documents that tell the story of the Relief Society, but also the founding of the Young Women organization and the Primary organization,” added Derr. “And so this instruction to women is unique. We don’t have anything like this in the early Church."

“This is our history,” said Madsen. “It’s important because it tells us who we were. We don’t really know who we are today unless we know where we’ve been and what we were before.”

The Birth of the Relief Society

Established in March 1842 (12 years after the Church was organized) in Nauvoo, Illinois, the Relief Society is considered one of the oldest and largest women’s relief organizations in the world. Known originally as the Female Relief Society of Nauvoo, the organization selected Emma Hale Smith, Joseph Smith’s wife, as its first president. The organization will celebrate its 175th birthday in 2017.

“[The book] tells the story of Relief Society primarily through documents,” explained Matthew J. Grow, director of publications, Church History Department. “Documents that women produced, that women recorded, that women left behind. There was a tremendous emphasis in the history of The Church of Jesus Christ of Latter-day Saints on the keeping of documents.” These documents include sermons, meeting minutes, newspaper articles, private writings and the founding materials of the Young Women and Primary organizations.

“You will learn about people you didn’t know about before,” said Kate Holbrook, specialist in women’s history, Church History Department. “History can bring comfort and understanding as well as knowledge.”

Eliza R. Snow’s appointment as the first secretary of the Relief Society marked the beginning of institutional record keeping by and about Latter-day Saint women. Snow recorded minutes of the organization in Nauvoo, including six sermons that Joseph Smith delivered to the Relief Society. These are the only recorded teachings that Smith directed specifically to the women of the Church.

Nineteenth-century Latter-day Saint women treasured the Nauvoo minutes, particularly Joseph Smith’s teachings to the Relief Society. They shared portions in their meetings, recorded excerpts in their private journals, and published them in the Woman’s Exponent. The Nauvoo minutes have never been published in print in their entirety.

“Joseph Smith’s sermons included instruction given to the women regarding 'spiritual gifts' described in the New Testament, which he first described in 1842 as 'the gift of tongues, prophecy, revelation, visions, healing, interpretation of tongues, and so forth,'" said Holbrook. “Early Latter-day Saints, both women and men, experienced these gifts, including offering blessings of healings by the laying on of hands through their faith.”

Derr comments that “these are some of the best recorded sermons of Joseph Smith and some of the most inspiring instruction” regarding gospel topics such as charity, purity and repentance. “I think this shows so clearly women’s engagement in the work of salvation, and these are sermons that were read over and over again,” she said.

“You hear the voices of the women. You feel their devotion and commitment to the Church and to enlivening women with the Spirit and giving them opportunities to carry the kingdom forth. And those sisters did it with all their might. We feel the love of these women for the gospel and for each other and for God,” reflected Derr.

Grow continues, “Documents in the book demonstrate not only his suspension of Relief Society in 1845 but also his later advocacy for the organization and for women’s spiritual and educational advancement.” With Young’s support, the Relief Society sponsored medical education for some women, successfully advocated for women’s suffrage in Utah Territory and ran cooperative stores.

“The Relief Society was one of the earliest and greatest supports of the women’s suffrage movement,” said Madsen.

Holbrook said the Relief Society gave Mormon women a voice. “The projects of Relief Society required that they speak out either when they were standing in front of people teaching a lesson or giving a talk or when they were meeting downtown at a mass meeting speaking out against anti-polygamy legislation or speaking up for their right to vote.”

Utah was the second territory giving women the right to vote in 1870, although women’s suffrage was repealed by Congress in 1887 in a dispute over polygamy. Some Mormon women assumed national advocacy roles on the issue. Full suffrage was restored when Utah received statehood in 1896.

“Reading this book has given me a real passion for Relief Society as an institution. I’ve gained an understanding of how much it meant to women in the early days,” said Holbrook. “Working on the documents in this book and getting a better understanding for our beginning years — and especially the strong personalities that helped to shape the Church in the early days — has really

“I feel like my study of these women has made them friends to me,” she continued. “I feel like they’re now my companions. . . . Their stories are there with me. Their voices are there with me — their examples, what was hard for them and their successes — and those are part of what I take with me when I try to do a little good in the world in my work and in my life.” 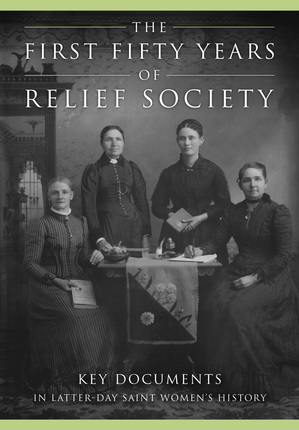