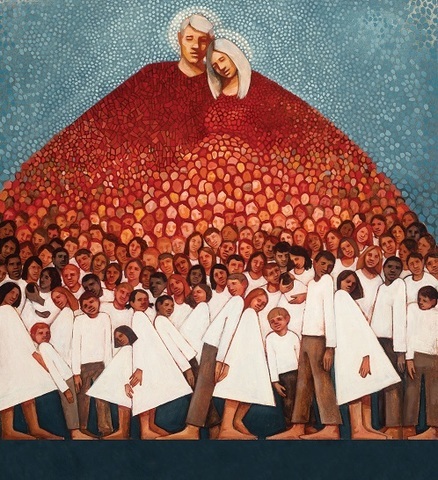 Latter-day Saints' belief in a Heavenly Mother is at the core of our doctrine. "The Family: A Proclamation to the World" states simply, yet profoundly, "All human beings—male and female—are created in the image of God. Each is a beloved spirit son or daughter of heavenly parents, and, as such, each has a divine nature and destiny."

Yet many Mormons have steered clear of this topic as a result of many cultural beliefs not based on doctrine.

That's something authors McArthur Krishna and Bethany Brady Spalding set out to change with their groundbreaking children's book that openly talks about our Heavenly Mother entitled Our Heavenly Family, Our Earthly Families.

In an interview published on Religion News Service, McArthur Krishna shares why it is so essential for Latter-day Saints to talk about their Heavenly Father and Mother, especially to children:

We all know that we have a Heavenly Mother. There’s no reason not to talk about this, and to celebrate what we know. I personally think this is really important because, living in India, you clearly see the challenges a society faces when there’s a lot of anti-female bigotry. Don’t get me wrong; this is present in America too, but it’s in India in a more robust and obvious way. So I think that talking about a Heavenly Mother leaves zero room for bigotry against women. . . .

For me, I think it is a doctrine that is so vital to understand that we have parents who love us, since not everyone was blessed with that on earth. All of us have days where we come up short, so to have heavenly parents who love us unconditionally, no matter what, it’s a real balm to your soul.

Krishna, who didn't get married until she was 37, admits that her family "doesn’t look anything like I would have expected it to look." With experience as an LDS single and now with a husband from a different faith, Krishna shares that it was very important for her and Spalding to show that no family fits a perfect mold.

► You'll also like: 3 Powerful Paintings That Will Change How You Think About Our Heavenly Family & Earthly Families

"Family’s what you got, and what you choose to create," she says. "Family is your best intentions combined with the perfect love of your heavenly parents: that gives you a strong foundation to build."

Just a year after Krishna and Spalding turned in their manuscript for this new book, the Church released an essay regarding Heavenly Mother, confirming what these women were trying to share by calling the belief in a Heavenly Mother a "cherished doctrine."

However, Krishna and Spalding understood the sacredness of this topic and were careful to make the book doctrinally based.

Bethany and I were very careful that everything we say about Heavenly Mother would be absolutely backed up by statements by general authorities and prophets when they were speaking in an official capacity. There’s a place for exploration and curiosity of course, sure, but this children’s book is not that place. So there’s an essay that was written by Dr. David Paulsen about all of the things people have said about Heavenly Mother. . . .

Dr. Paulsen, who did this historical review of Heavenly Mother, found more than 600 times that Heavenly Mother was mentioned in LDS history. Not once in all that time did a general authority ever say that we cannot speak of her because of her supposedly fragile nature. She is a goddess in might and dignity. And to consider her otherwise, I think, is disrespectful to Her. 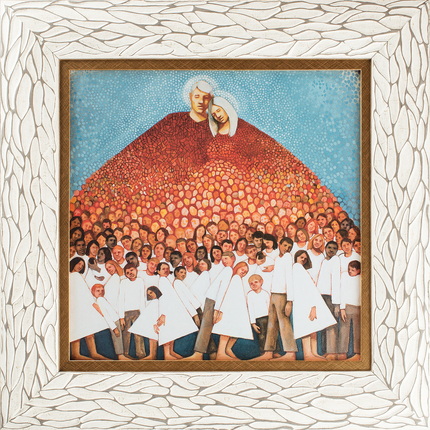 Buy the beautiful painting We Are All a Part of God's Family at DeseretBook.com. 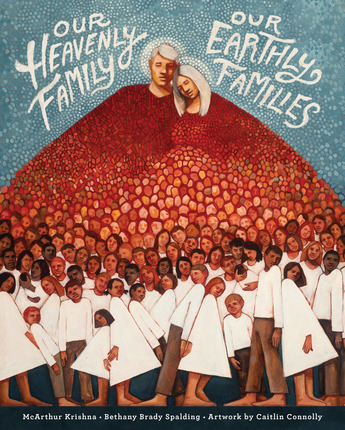 Get Our Heavenly Family, Our Earthly Families. to own for your family!

Celebrating distinctive LDS doctrines, this landmark children's book illuminates the essential role of families both in heaven and on earth. No matter where we live, what we look like, or what we believe, all of us are children of Heavenly Parents who love us perfectly.