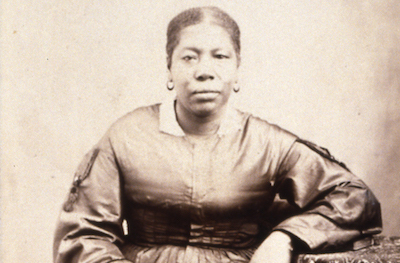 African Americans have been members of The Church of Jesus Christ of Latter-day Saints almost since its founding in 1830. Their numbers were initially small, but their role was significant. Green Flake, for example, Brigham Young’s driver and scout, was one of the first Mormon pioneers to reach the Salt Lake Valley in 1847.

Yet, for 126 years (1852–1978) men of African ancestry were denied the priesthood and other restrictions were placed on black women and children. In discussions of the ban, many people overlook the 22 years before the ban, when African Americans, such as Elijah Abel and Joseph T. Ball, played important roles in the Church. As a bishop, Ball led the Boston congregation in the mid-1840s, which at the time was the largest outside of church headquarters in Nauvoo, Illinois.

After the ban was lifted, many African Americans—such as internationally prominent entertainer Gladys Knight, Utah Jazz basketball star and actor Thurl Lee Bailey, and many others—joined the Church. One black member, Mia Love, sits in the U.S. Congress representing Utah’s 4th Congressional District. Far larger numbers of Africans and people of African ancestry in Latin America were converted as well. Today, an estimated 700,000 people of African ancestry call the LDS faith their own.

Blackpast.org captures that history. With financial support from FamilySearch, we have assembled profiles on African American Latter-day Saints, written by LDS and non-LDS volunteer contributors, as well as documents, speeches, and public statements from the Church and other sources. This page also includes a bibliography of the leading books on the subject and features a timeline that briefly outlines the history of black Mormons. These assembled resources are the largest concentration of information on blacks and the LDS church on the internet.

We invite others to contribute profiles of significant LDS Church members of African ancestry, to write articles on the history of blacks and the Church, and to suggest other resources that can be linked to this page. If you are interested in contributing please contact me at quintard.taylor@blackpast.org.

You can also visit blackpast.org for additional information.

A Reason for Faith was written to do just as the title implies, provide reasons for faith by offering faithful answers to sincere questions, and includes chapters entitled, "The Practice of Polygamy," "Race, the Priesthood, and Temples," and "Latter-day Saint Women in the Twenty-First Century."