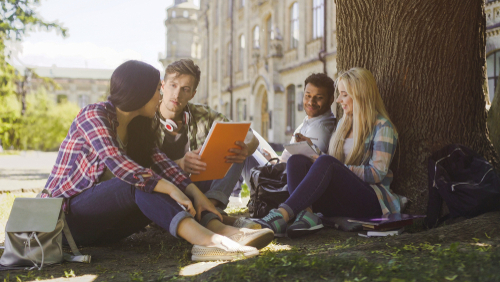 In what has been dubbed as the “great intervention” by researcher Dr. Matthew Mayhew, every fall young adults from across the country flood college campuses to begin their freshman year. This may be the first time that many students are exposed to people that identify as a different race, sexuality, and, for the purposes of this article most notably, a different religion from themselves.

Because exposure to different religions may be limited for some, it is not uncommon for these students to enter college with preconceived notions of how someone identifying as a certain religion may act or conduct themselves. The real question, however, is not what preconceived notions are held but rather how the development of interfaith friendships can change these notions.

This was the question researchers tried to answer in the IDEALS study (Interfaith Diversity Experiences and Attitudes Longitudinal Survey), which surveyed over 7,000 students at 122 colleges in 2015 and 2016.

The study was led by Dr. Alyssa Rockenbach, a professor of higher education at North Carolina State University. She wrote of the study’s purpose: “Our goal, ultimately, is to understand how students’ experiences in college . . . shape their ability to cooperate across religious and worldview differences.”

Dr. Rockenbach and other research associates surveyed entering college students at the start and end of their freshman year and tracked changes in interfaith development and friendships. Among the 7,000 students, almost 300 were members of The Church of Jesus Christ of Latter-day Saints.

According to Kevin Singer, a research associate, researchers found that “students who made a close Latter-day Saint friend, the growth in what we call an appreciative attitude, was the most significant.” He continued, “In other words, me making a close friend of a different faith didn’t increase my appreciation for them as much as if I made a close Latter-day Saint friend.”

When questioned as to why he thought this occurred, he replied, “[The] Latter-day Saint Church is really, really interested in building relationships across cultures, across different faiths . . . I think the Church might be investing certain values in students that allow them to successfully build relationships with people that are different from them, in a way that leads to a positive impression on them.”

While not a college freshman, Singer recently had his own personal experience with this. While attending Brigham Young University’s annual religious freedom conference last summer, Singer was impressed by the Latter-day Saints he spoke with and gained a greater appreciation for the faith.

“It just seemed like there was a real emphasis on kindness and authentic listening. My wife and I walked away from that conference with much higher appreciation ourselves. . . . I think we left with a greater respect and an interest in getting to know Latter-day Saints in our community,” he says.

Appreciation for All Worldviews

“I think that maybe to some degree students are expecting a certain presentation of a person in that faith, and when they actually meet that person, it’s, ‘Wow! Oh, wait a second! I was totally wrong about this,' or, 'This religion is not at all what I thought it was.' And if they were wrong about that one, they are probably wrong about a lot of them, so now they can start growing in terms of thinking about the positives or the good parts about the other worldviews as well,” says Dr. Mayhew.

Why do Latter-day Saint students possess the ability to disagree about religion and remain friends? Dr. Rockenbach weighed in that perhaps Latter-day Saints are already practiced in de-escalation, because the Latter-day Saint religious convictions “represent the minority perspective” and “likely encounter questions and resistance from others.”

Because Latter-day Saint students are often the minority, “they probably [experience] conflict to a greater degree than people whose worldviews or political beliefs are more mainstream,” Dr. Rockenbach continued. This exposure to conflict allows them to be “practiced at navigating conflict and maintaining relationships that are important to them even in the face of deep disagreement.”

“I think that folks who identify with certain religions might have, before college, learned how to talk about their faith. Maybe through church settings, or through their families, they have been able to present it in ways that might not necessarily be as offensive to people," Dr. Mayhew says. “They [Latter-day Saints] were taught to talk about their own testimony and what it means kind of to them… I think they might have been equipped with the language to be able to do that."