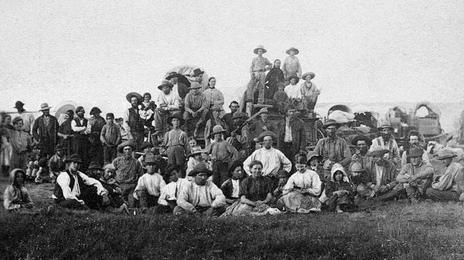 From 1847 to 1868, Mormon pioneer babies traveling across the Plains were safer — yes, more likely to live — than infants in the general U.S. population, according to a dynamic new study.

"I think we have this misperception every July 24th" — the Pioneer Day holiday in Utah — "where we dwell on the suffering in the Willie and Martin handcart companies," said Mel Bashore, a retired LDS Church history librarian who fathered the study. "But I can't look at the Mormon Trail movement as really anything other than a success."

In fact, the report found the mortality rate for Mormon pioneers who crossed the plains was 3.5 percent, not much different from the 2.5-2.9 percent mortality rate of the general population in 1850.