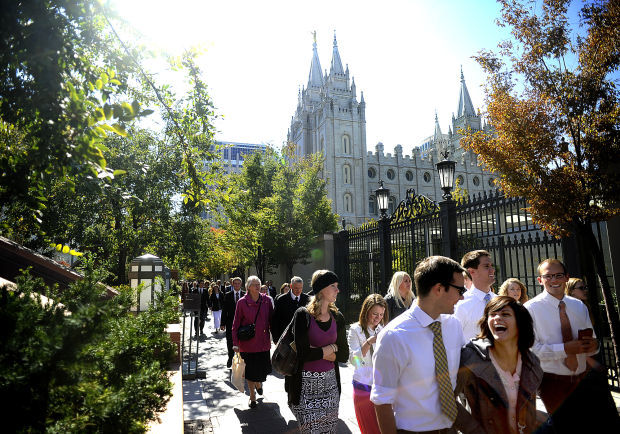 Last year was an interesting one for the Church, which experienced incredible growth in some areas but also surprising stagnation and deceleration in previous membership hotspots.

The study "Top 10 Encouraging and Discouraging LDS Growth and Missionary Developments in 2016." by Matt Martinich, a Colorado researcher who tracks LDS statistics, examined the top 10 growth trends in the Church as well as the top 10 discouraging growth trends from 2016.

In 2016, the Church experienced a spike in stakes worldwide that hasn't been seen in more than a decade, according to the study.

But unfortunately, the study also showed that in 2016 the Church in the U.S. had one of the smallest increases in wards and branches, with Utah and Idaho among the states most affected.

Throughout the study, interesting contrasts between membership increases and decreases are found worldwide. According to a Mormon Newsroom article, Africa is one of the fastest growing areas of the Church. But as the study identifies, Ethiopia—which, despite having the second largest population on the continent—has fewer branches than it did three years ago.

Also, despite a rapid influx of Latino members that has grabbed the attention of major news outlets like NBC, the Church growth has stagnated in parts of South America as well as in Mexico, home to the second largest population of Church members in the world.

And although the study notes the Church experienced significant growth in some parts of Asia, with Elder M. Russell Ballard noting in 2015 a "rich harvest of honest souls" as was foretold, the only branch in Armenia was discontinued this year.

In all, the findings of the study concluded with the top 10 most encouraging growth findings for the Church in 2016. Here are just a few:

1. Largest number of new stakes created in a single year since 1997

5. LDS congregations in Syria and Iraq

The study also included the top 10 most discouraging findings in Church growth developments in 2016, which included:

Martinich used data found on LDS websites such as lds.org and information contributed to the study, but limitations on the study included limited access to LDS statistical data and a lack of reports from members, missionaries, and Church leaders from particular areas of the world. Martinich also noted that the official data for the end of 2016 for each country will not be published until April 2017.

To read the study in its entirety, click here.

From Samuel Smith's first missionary efforts in 1830 to the more than 88,000 missionaries now serving worldwide, the Church continues the modern-day effort to fulfill the Lord's mandate: "Go ye therefore, and teach all nations" (Matthew 28:19).