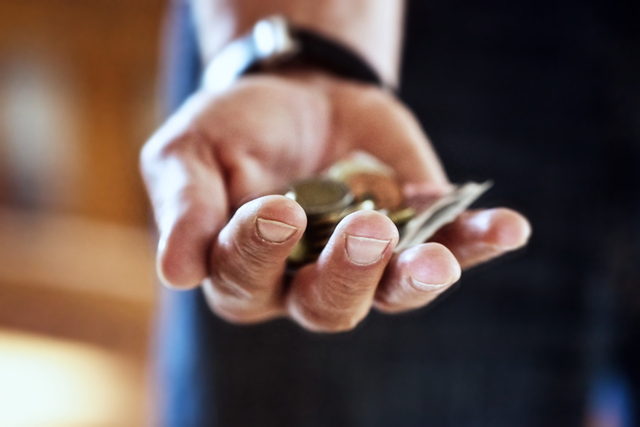 New Study Show How Much Religion Really Does Contribute to the U.S. Economy

How would you answer if someone were to ask you, "Who contributes more to the U.S. economy—corporations like Google and Apple or religious institutions?" With Google and Apple being two of the most successful companies in the world, the real answer may surprise you.

According to a recent study, combined religious institutions in the United States contribute $1.2 trillion to the economy, contributing more revenue than Google, Facebook, and Apple combined.

With social programs addressing addiction recovery, mental health, and humanitarian work, the social aspect of religion is more apparent than the economic aspect. However, Dr. Brian Grim of Georgetown University wanted to study religion's effect on the U.S. economy, as well as society. He attempted to include every religious organization and group in the U.S., including The Church of Jesus Christ of Latter-day Saints.

Published in the Interdisciplinary Journal of Research on Religion, the study was also shared on the website Faith Counts, which states:

"There’s a growing belief that religion doesn’t contribute to American society, but the numbers don’t support it. Religion in the United States today contributes a combined $1.2 trillion to our economy and society. These expenditures range from the basic economic drivers of any business—staff, overhead, utilities—to billions spent on philanthropic programs, educational institutions, and healthcare services. Congregations, faith-based businesses, institutions, and faith-based charities strengthen our economy, build communities and families, and lift people up in times of need in a way that no other institution or government does."

Taking into account all of the employment, educational institutions, and other expenses of a religion, combined religions in the U.S. contribute more than just social programs. According to the study, the amount of money religious organizations spend on social programs—like disaster relief, addiction recovery, and health programs—has tripled in the last 15 years to $9 billion.

The Church of Jesus Christ of Latter-day Saints contributes many programs and donations around the world and in the United States. From providing for local needs with the fast offering program to supporting disaster relief efforts, the Church contributes economically and socially in multiple ways.

Aside from the average active Latter-day Saint volunteering 427.9 hours every year for charitable causes (according to another study), the Church responded to 177 disasters, held 12 immunization campaigns, and had 8,320 volunteers for Welfare Services in 2015.

Watch how The Church of Jesus Christ of Latter-day Saints gives back to society and the economy in the video below.