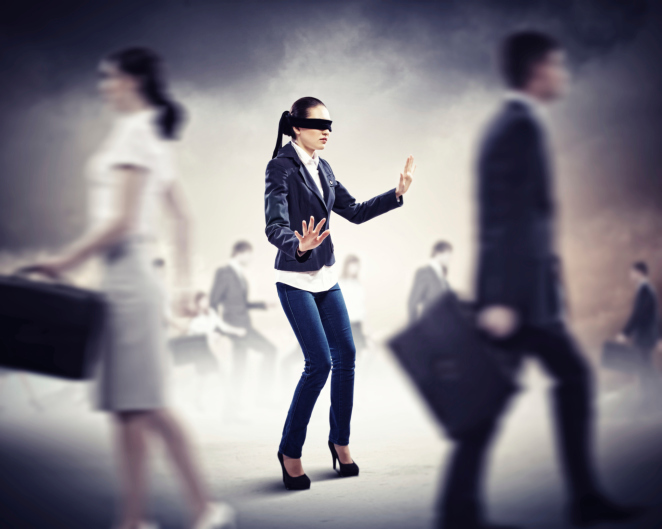 INTRODUCTION: Think of all the different kinds of miracles that the Savior performed during his recorded ministry. Which miracle do you think he performed most frequently?

The correct answer seems to be giving sight to the blind. What reasons, beyond his compassion, might the Savior have had for healing so many who were blind?

In John 9, John devotes an entire chapter to one example of this kind of miracle. Think of the ways in which the restoring of sight to the blind is symbolic of the Savior's ministry? Clearly, one of the major purposes of the Savior’s work was to enable people to see spiritual things. These miracles of giving sight to the blind are always reflections of a divine love, but they are also outward manifestations of an inner truth: Jesus can help all of us to see more clearly.

1. ONE WHO "SEES" HAS THE RESPONSIBILITY TO STAND AS A WITNESS

Read or review the story of the healing of the man born blind in John 9:1-7.

Verse 2 in John 9 reflects the Jewish notion that trials and calamities always came as a result of sin (see 9:34 also). Even in this day some seem to feel this way. The Savior’s words and the following quotes help us understand correct doctrine. By the way, this is also one of the few places in the New Testament where an allusion to the pre-mortal life is made.

“Every spirit of man was innocent in the beginning; and God having redeemed man from the fall, men became again, in their infant state, innocent before God” (Doctrine and Covenants 93:38).

“Birth deformities may or may not result from parental disobedience, but we have no reason to believe that children are so afflicted because of acts done in the pre-mortal life. All children are born free from the taint of sin because of the great plan of redemption ordained for them by a gracious God” (John 9:Bruce R. McConkie, The Mortal Messiah, 3:199.

With regard to those born with physical or emotional handicaps, Elder Boyd K. Packer taught:

“I bear witness of the restoration which will come. Each body and mind will be restored in perfect frame. However long and unfair mortality may seem, however long the suffering and waiting may be . . .

“I am a witness to the condition of those who have gone beyond the veil, and we all have reason to glorify Him who is our Father and Him who is our Redeemer, of whom I bear witness... (John 9:Ensign, May 1991, p. 9).

In a related discussion, Elder Packer alluded to the danger of supposing that every trial is a result of sin:

“We may foolishly bring unhappiness and trouble, even suffering upon ourselves. These are not always to be regarded as penalties imposed by a displeased Creator. They are part of the lessons of life, part of the test.

“Some are tested by poor health, some by a body that is deformed or homely. Others are tested by handsome and healthy bodies; some by the passion of youth; others by the erosions of age.

“Some suffer disappointment in marriage, family problems; others live in poverty and obscurity. Some (perhaps this is the hardest test) find ease and luxury.

What was unique about the miracle of healing this man? [John 9:32—“Since the world began was it not heard that any man opened the eyes of one that was born blind.”]

Why does the Savior anoint the blind man's eyes with clay? Why does the Savior send him to wash the clay from his eyes before the healing takes place? The Lord did a similar thing to Enoch in Moses 6:35. It is as though these men are washing the world out of their eyes so that they can see the things of the Spirit. Why would the Savior announce, "I am the light of the world" (see John 9:5) just before healing the man?

As you review this story, ponder the willingness of the man born blind to testify to those who inquired.

Pharisees: (John 9:13-34) The man born blind also testified to the Pharisees. These men were too hardened, however, to be swayed from their disbelief and jealousy by this miracle, unprecedented though it was. Notice the rationalizations that the Pharisees used to reject the miracle of restoring sight to the man born blind.

Rationalization #1 (John 9:16) "He keepeth not the Sabbath." (Pharisaic interpretations of the law asserted that the making of clay and the applying of a healing remedy were work, and therefore a violation of the Sabbath.)

Rationalization #2 (John 9:18-20) "The Jews did not believe . . . that he had been blind." What kind of testimony are the parents willing to bear? (John 9:20) Why were his parents unwilling to bear a testimony as powerful as that of their son? (John 9:21,22). (Note: to be "put out of the synagogue," meant to be excommunicated, not only from the synagogue, but also from the fellowship of the community.)

Rationalization #3 (John 9:24) "Give God the praise: we know that this man is a sinner." Note that the Pharisees are using testimony language when they say "we know." Do they really know this? What does this suggest about the integrity of their hearts?

Rationalization #4 (John 9:26) In a desperate attempt to find some way to discredit the miracle, the Pharisees said to him again, "What did he to thee? How opened he thine eyes?"

Rationalization #5 (John 9:28,29) "Then they reviled him, and said: Thou art his disciple; but we are Moses' disciples." Wouldn’t it be possible to believe in and follow both of them?

Rationalization #6 (John 9:34) "Thou was altogether born in sins." This is another reference to mortal results arising from premortal choices. When they realized that they could not weaken his conviction or limit the influence of the miracle, what action did these Jewish leaders take? (John 9:34).

Can you see that these types of responses from unbelievers are relatively common to most manifestations of the power of God? People who do not want to accept the truth or who do not want to repent are forced to explain away divine manifestations in some way: this process could be called rationalization. People rationalize to excuse their own behavior. Can you think of some modern examples of this process?

President Spencer W. Kimball defined the problem in these words:

“When people know right from wrong and find themselves in the broad way to destruction, they have two ways to go. They may repent and cleanse themselves and obtain eventual peace and joy, or they may rationalize and excuse themselves and try the "escape" road. Those who follow the latter road sometimes so completely rationalize that they become calloused and lose the desire to repent, until the Spirit of God ceases to strive with them. Those who choose to meet the issue, and transform their lives, find it the harder road at first but the more desirable one in the end” (The Teachings of Spencer W. Kimball, p.82).

We must guard carefully against this tendency in our own lives. If the teachings of the prophets, or the scriptures, or the influences of the Holy Spirit suggest that we ought to repent, we must not rationalize and try to excuse ourselves.

The response of the man who had been healed was to "stand as a witness of God at all times and in all things, and in all places" that he was in, regardless of personal consequences (see Mosiah 18:9). Review the power of the witness given by this man, and his courage in bearing that witness at every opportunity.

Like the man born blind, the Savior was fearless in bearing witness of his divine Sonship. Even though his testimony caused the Jews to accuse him of blasphemy and take up stones to kill him, he affirmed that he was the Son of the God and bore testimony of his divine ministry (see John 9:35-37; 10:28-31).

When the Savior heard that the man born blind had been excommunicated because of his testimony, what did Jesus Christ do? (John 9:35-37--He sought him out and told him who he, Christ, was.) Remember that the man who was healed had not yet seen the Savior. When he finally saw the man who healed him, what did he do? Why are some less courageous than the man born blind when opportunities to “stand as a witness” appear? (See Mosiah 18:10). What opportunities present themselves to us to “stand as witnesses” of the goodness of God in our lives? Have you ever passed by such an opportunity?

2. ONE WHO "HEARS" HAS THE RESPONSIBILITY TO FOLLOW THE SAVIOR

Most of us will not have the opportunity to actually see the Savior as the man born blind saw him, but John 10 explains that we can all have the experience of hearing his voice and following him.

The following quote from Pres. Ezra Taft Benson may be helpful in understanding the relationship that existed between shepherds and sheep in Jesus’ time.

“In Jesus’ time the Palestinian shepherd was noted for his protection of his sheep. Unlike modern sheepherders, the shepherd always walked ahead of his flock. He led them. The shepherd knew each of his sheep and usually had a name for each. The sheep knew his voice and trusted him and would not follow a stranger. Thus, when called, the sheep would come to him . . .

“The true shepherd was willing to give his life for the sheep. He would go amongst the sheep and fight for their welfare” (Conference Report, April 1983, p. 61).

As you ponder the Savior’s teachings about the Good Shepherd, focus on the actions of both the shepherd and his sheep. Try to apply the passages regarding sheep and the Shepherd to your own relationship with the Savior. You may wish to consider some of the following:

C. "I am the door of the sheep." (John 10:7,9--Shepherds in the day of the Savior would sleep in the entrance to the sheepfold to protect their flock from thieves and predators).

When they "hear" the voice of the Savior in the scriptures or from the prophets or the still small voice, what are the sheep of the Good Shepherd expected to do?

In our day, those in authority also have the responsibility to be shepherds. President James E. Faust, quoting Elder Bruce R. McConkie, taught:

“Anyone serving in any capacity in the Church in which he is responsible for the spiritual or temporal well-being of any of the Lord’s children is a shepherd to those sheep. The Lord holds his shepherds accountable for the safety meaning the salvation of his sheep” (Conference Report, April 1995, p. 62).

In this marvelous lesson the Savior spoke of his other sheep.

“And other sheep I have, which are not of this fold: them also I must bring, and they shall hear my voice; and there shall be one fold, and one shepherd” (John 10:16).

This is one of the clearest references in the Bible to the people of the Book of Mormon. In 3 Nephi 15:21-24, the Savior tells his Nephite disciples that they are the "other sheep" of which he spoke in Jerusalem.

If we will see and testify as the man born blind, and if we will hear and follow as sheep of the Good Shepherd, what does the Savior promise to give to us? (John 10:28). How valuable is this gift? (D&C 14:7).