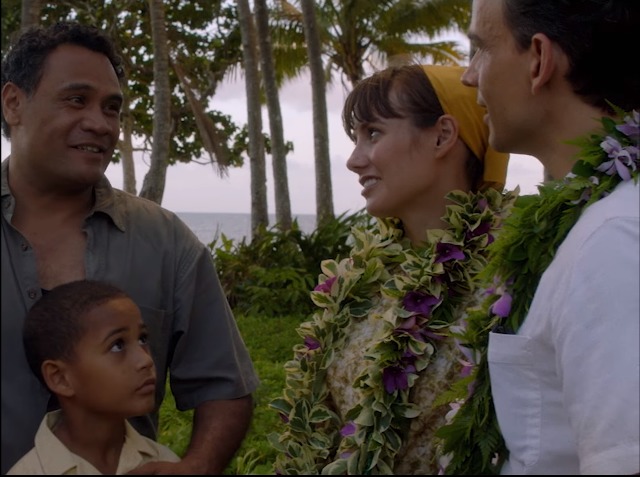 New Trailer for "The Other Side of Heaven 2," Plans for Exciting New Releases of Both Films

What would you say if someone told you that your movie was being pirated all over China? If you’re Elder John H. Groberg, you say, “That’s fantastic. What a blessing!” What is it that Elder Groberg thinks is a blessing? That a message of hope, love, and Jesus Christ is being watched all over the world.

Eighteen years seems like a long time to wait for a sequel, but that’s how long it has taken Elder John H. Groberg and others to convince director Mitch Davis that it was now or never. “I said ‘no’ repeatedly for years,” Davis confesses. He says there were two main reasons he resisted. First, he didn’t want to make a cheap follow-up to a big first film and besmirch Elder Groberg’s story. Second, he knew the first film was made with no dreams or aspirations of financial gain, and he didn’t want to take away from the spirit of the second film by making it only to earn some money. However, Davis says, “A couple years ago John and Jean had me up for lunch with my wife. I thought it was just a social visit . . . [but] at the conclusion of lunch, [Elder Groberg] said, ‘Mitch, I thought maybe when President Monson died, he would become less insistent about making the second book into a movie. That is not the case. . . . I’m not getting any younger, Mitch. And neither are you. It’s time.’”

Davis’s protests and excuses were met with faith and confidence by Elder Groberg, convincing Davis to finally move forward. And once Davis is convinced of something, he never does it half way, especially when it comes to films about missionary work. “I love being a missionary. I never stopped. I never will,” Davis states. As The Other Side of Heaven 2: Fire of Faith is on the brink of its big reveal, Davis says about the passion he has about the good that the film can do and the big-scale production it needed to reach outside the Latter-day Saint community, “We can’t think small, because if we do, we are only talking to ourselves.”

Recently, Davis, Elder Groberg, and BYUtv managing director Michael Dunn talked about some exciting new plans for the sequel to this original film, including special releases, large-scale visions, and the important message both films carry.

The team behind The Other Side of Heaven 2: Fire of Faith recognized early on the work that they had cut out for them, however. While many people remembered and loved the first film and have looked forward to a sequel with returning cast members, including Christopher Gorham as Elder Groberg, Davis and others are well aware that, as Dunn says, “Literally an entire generation doesn’t know this incredible story.” For over a year, the team has held press events, shared social media announcements, and used other avenues to spread the anticipation of this return, all while battling low budgets, anticipated theater competition, dangerous weather during filming, and the lack of a few big names they had before, like Anne Hathaway and Disney.

In a little over a month, the result of their efforts will be realized as the film hits 200 to 300 theaters across the country on June 28th, nearly matching the scale of the nation-wide 334 theater release of the first The Other Side of Heaven.

With a goal to exceed box office sales of the first film, it’s no surprise that Davis also has a grand-scale vision of the good this film can do and the wide audience it can reach. Whether he’s working on unique partnerships to make the original movie more accessible or laying plans for international distribution of the film, Davis’s vision for these missionary films is to honestly represent Latter-day Saints in family-friendly entertainment, giving the world a glimpse into the faith and humanity behind the “Mormon” moniker and opening doors with all different kinds of people.

A few exciting announcements have already been made, including the fact that the original The Other Side of Heaven will be re-released in three Utah Megaplex theaters (Centerville, Thanksgiving Point, and Provo) on May 17 for one week.

Dunn announced additional details about a special BYUtv partnership for the film:

- BYUtv has acquired exclusive television and streaming rights to the second film, The Other Side of Heaven 2: Fire of Faith, with release dates in late 2019 or early 2020 to be decided and announced soon.

Learn more about the second film by clicking here, or watch the newest trailer for the film, released this week, below.

Lead image a screenshot from the trailer