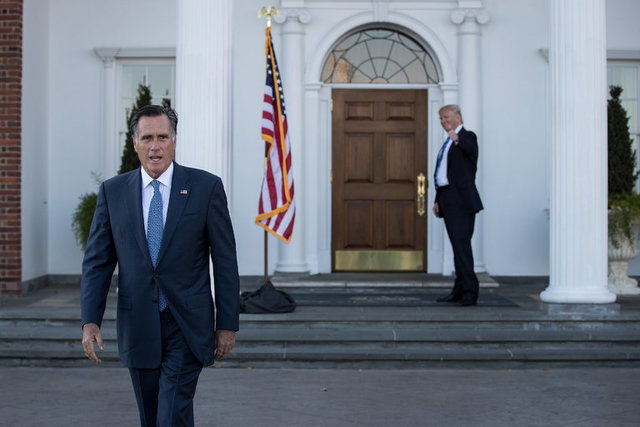 Recently, The New York Times made a case of why Mitt Romney would make the best Secretary of State compared with the other candidates currently on President-elect Donald Trump's list. Here's just a snippet of what they had to say:

Thanks in part to the president-elect’s predilection for outbursts of fewer than 140 characters, he routinely comes across as petty and mercurial. But right now he has an opportunity for the opposite impression. He can choose Mitt Romney as his secretary of state.

That he’s actually mulling this—the two had a second meeting about it, over dinner in Manhattan, Tuesday night—is alone extraordinary. . . . Had some knowledgeable intimate of Trump’s told me on Nov. 9 that an unexpected fate awaited Romney, the State Department would have been my millionth guess. . . .

► You'll also like: 6 Reasons a Mormon Would Make an Excellent Secretary of State

Granted, Romney’s résumé isn’t the most logical for the job. He has spent most of his life as a businessman, and his lone public office was governor of Massachusetts.

But not all our secretaries of state were steeped in foreign affairs from an early point, like Madeleine Albright and Condoleezza Rice. Many had backgrounds principally devoted to other concerns. That was true of James Baker, who held the post under the first President Bush, and of Hillary Clinton, though she traveled the world as first lady and served on the Senate Armed Services Committee.