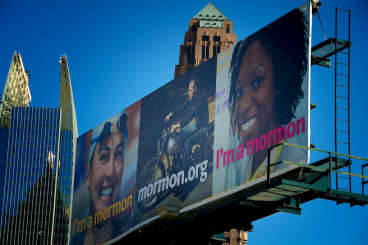 Too much money, too perfect, too happy, too disconnected with the real world.

Is it Mitt Romney people are bothered with, or the Mormon Church?

Despite Romney's attempts to persuade the American public to vote for him on record and not religion, voters in South Carolina showed how skeptical some people still are to accept the Mormon candidate. According to exit polls charted by Christianity Today, Romney especially struggled among born-again/evangelical Christians who threw most of their support behind a thrice-married Catholic rather than back Romney, even though he earlier got more than 50 percent of the same voters in New Hampshire.