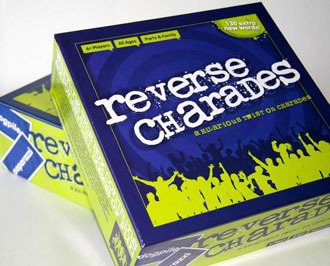 New game made by BYU graduates turns charades on its head

Misery loves company. But so does happiness, and a new game seeks to bring that happiness to groups large and small.

“Laughing until everyone has tears in their eyes,” is how Scott Porter described the game Reverse Charades. He and his brother, Bryce Porter, developed it after a vacation several years ago in which Scott was introduced to charades and the group ended up playing a “homemade version” of the original.

“I immediately called my brother, Bryce,” Scott said. He told his brother, “We have to take this to the masses.”