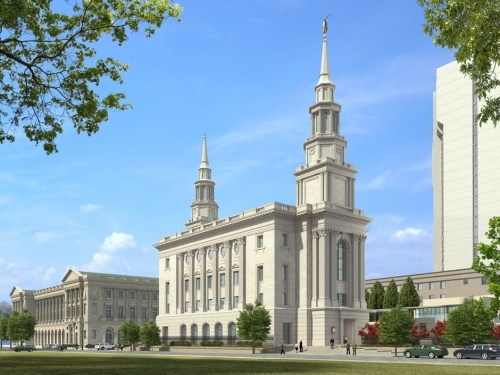 New temple and student group give life to Penn Mormons

While Penn’s Mormon community may have flown under the radar for the average student in past years, a new temple under construction and a recently formed student organization will give it an opportunity to make its presence known.

Following the ground-breaking ceremony last month, the Latter-day Saints temple located on 1739 Vine St. has been reaching out to members of the Mormon community at Penn, who are currently active in the LDS Church meetinghouse on 39th and Chestnut streets. The new temple — the first to be built in Pennsylvania — is slated for completion by 2014. It will serve more than 31,000 LDS Church members from congregations in Pennsylvania, New Jersey, Delaware and Maryland.

“There are LDS faculty, students and workers at Penn, but it’s a minority group that is smaller relative to other denominations, so not many people are aware of it,” spokeswoman for the Philadelphia Congregation of the Church Melissa Yuen said.

Read the rest of this story at thedp.com