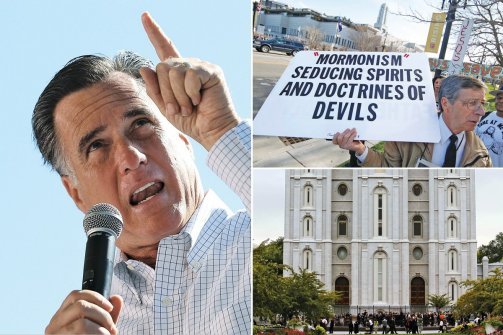 If you thought Team Obama was having a rough time figuring out how best to handle Mitt Romney’s presidential run, consider the plight of the poor Latter-day Saints.

Despite the growth and gradual mainstreaming of Mormonism in recent years, the church is still regarded by many as disconcertingly exotic. Now, with the very real possibility that one of its own could wind up in the Oval Office, the LDS finds itself scrambling to adjust to life in the global spotlight.

The church’s public-affairs office in Salt Lake City is ground zero for the chaos. Michael Otterson, the LDS’s chief spokesman, says he and his colleagues’ lives have been “consumed” by media inquiries.