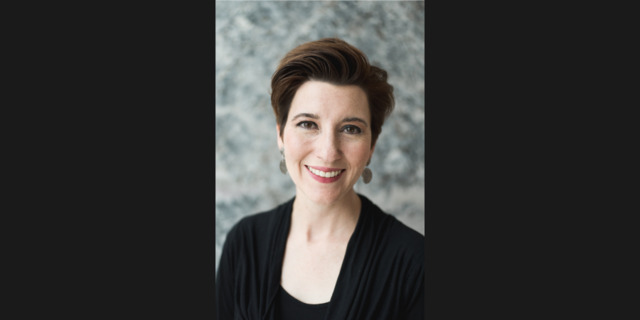 Neylan McBaine: How polygamy was a 'bargaining chip' and other little-told stories about Utah women gaining the right to vote

This story originally ran in the July/August 2020 issue of LDS Living.

Neylan McBaine is the co-founder and CEO of Better Days 2020, a non-profit focused on popularizing women’s history in creative and communal ways. She has written or contributed to several books, including her most recent, Pioneering the Vote: The Untold Story of Suffragists in Utah and the West. Here is what she has to say about the major anniversaries we’re celebrating this year.

Why do we need to look at history as a whole?

I think any time history appears to be too tidy or too perfect, people are suspicious of it because that’s not who we are as people. We don’t live our lives in tidy ways. We know from looking at our own personal histories and our own personal characters that we’re complex. There’s some good [and] some bad in all of us. What I’ve learned working with great historians is that they’re never afraid to really wrestle with the very human complexities that these stories offer. And for me, as a member of the Church, that complexity is actually what boosts my testimony.

What is Pioneering the Vote: The Untold Story of Suffragists in Utah and the West about?

The book is set in May of 1895, so almost exactly 125 years ago. The setting is the Rocky Mountain Suffrage Conference, which was a conference hosted by the women of Utah during which Susan B. Anthony and Reverend Anna Howard Shaw came from the East to congratulate the women of Utah on being the third state in the nation to give women the right to vote. As we approach the centennial of the Nineteenth Amendment, which extended women’s voting rights across the country, the vast majority of the nation’s celebrations focus more on the 20th century story: the mass media of the 1910s, the Silent Sentinels chaining themselves to the White House gates, the parades in New York, the suffrage banners, the photographs of the women on horses—those are what people are drawn to. The thesis of Pioneering the Vote is that the first four states that gave women political equality, and of course Utah in particular, get left out because they don’t have these glamorous and relatable stories.

What were the opinions of early Church leaders about women’s rights?

Utah was the first place an American woman voted under an equal suffrage law. That was in large part due to a supportive climate created by Church leadership. The warm, fuzzy side of the story is that they felt like it was a continuation of the Restoration. Orson F. Whitney said he felt like the women’s rights movement was “the great lever by which the Almighty is lifting up this fallen world.” They really saw it as a way to lead the world in the restoration of truth and of a better society. On the darker side, they were doing it because it was politically expedient to protect their way of life. They were trying to show that their women were not chattel—that they trusted their women to be independent thinkers—and they wanted to put on a political show that demonstrated that polygamy was not the form of slavery that the rest of the world thought that it was.

Emmeline B. Wells and Susan B. Anthony were good friends. Can you give us a taste of what their relationship was like?

Emmeline edited the Women’s Exponent for almost 40 years and Susan B. Anthony had her own newspaper called The Revolution, and they would speak to each other through their editorials. They would write personal letters to each other, and they would go to conferences together in the East where they would meet up in person in Washington D.C., Atlanta, or Boston. . . . Susan B. Anthony was one of the only national suffrage leaders to actually embrace the [Latter-day Saint] polygamist women. . . . she was the one who was willing to put aside this sort of distaste for [polygamy] and embrace them anyway, because she was the one who acknowledged that despite their strange, “barbaric,” untraditional practices, the women of Utah were doing something that no other women in America were doing, which was voting.

There’s a really great story that kind of encapsulates [Emmeline B. Wells and Susan B. Anthony’s] friendship. On her death bed in 1906, Susan B. Anthony in her home in Rochester, New York, bequeathed her gold ring . . . to Emmeline B. Wells in token of their 30-year friendship and the esteem that she held for the women of Utah. This ring was presented to Emmeline at a Relief Society conference the year after Anthony died. It’s a great symbol of how close these two women were. . . . And in gratitude to her, on [Susan B. Anthony’s] 80th birthday, the women of Utah gave her a bolt of black Utah silk, which was a really prized industry here. Silk production was what the women of Utah were really known for. And she made a dress out of that Utah silk and declared it her favorite piece of clothing because it was made by free women. That dress actually still sits in Susan B. Anthony’s bedroom in her museum and home in Rochester, New York.

What were some of the struggles Utah women faced with obtaining the right to vote?

Utah was about polygamy. It was about the largely [Latter-day Saint] legislators trying to show the federal government that they wanted religious freedom and they trusted their women not to vote out polygamist leaders. And when the [Latter-day Saint] women did not vote out polygamist leaders, the federal government actually took away Utah women’s voting rights. And this was a massive battle for several decades. And so that’s why it was important that the women of Utah gain suffrage back when Utah became a state in 1895/1896, when they were drafting a new constitution. But the only reason they really were allowed to gain statehood and have suffrage included in the constitution was because polygamy had been disavowed by the Church at that time. And so up until 1891 with the Manifesto, the rights of women in Utah was the main bargaining chip between the territory of Utah and the federal government over polygamy.

This year is the 200th anniversary of the First Vision. What does the Restoration mean to you?

Sarah M. Kimball [said] . . . “The sure foundations of the suffrage cause were deeply and permanently laid on the 17th of March, 1842,” which of course was the day that the Relief Society was organized. And she called the gospel “our gospel, the gospel of equal rights.” So I think for me, when we’re celebrating the Restoration, we have to celebrate not just what happened 200 years ago but also 150 years ago, and 100 years ago, and all of the expansion that I hope will continue in the future. Our foremothers and our forefathers saw the women’s advocacy movement as a continuation of what Joseph Smith started with the Relief Society and what the gospel started in its work for equality, respect, and justice for all. 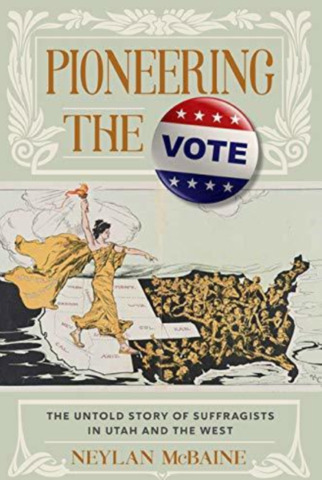 Read more from Neylan McBaine in her new book, Pioneering the Vote: The Untold Story of Suffragists in Utah and the West, available at Deseret Book stores and on deseretbook.com.