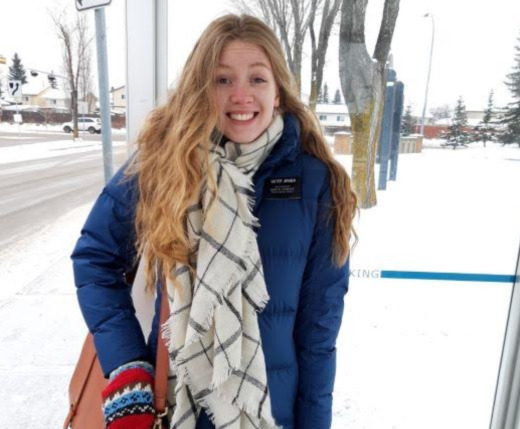 Not a traditional mission but my mission

About a year ago, I remember learning in seminary about a man named David W. Patten. In 1838 the Lord called him on a mission, as recorded in Doctrine and Covenants section 114. The Lord asked him to settle his business and prepare many other things so that he would be ready to do so. Brother Patten was obedient to the call of the Lord—however, within the same year, he was killed in battle and was never able to serve a mission.

My teacher asked the class why this could have happened. Why would God call Brother Patten on a mission if He knew he was just going to die that year anyway?

The answer the class ultimately came up with was that there could be many reasons.

Perhaps Brother Patten’s obedience to the call was enough to show his loyalty to the Lord, so much so that he didn’t even need to complete the rest of the mission for his duty to be fulfilled, similar to the story of Abraham and Isaac. Undoubtedly he was more prepared for his death than he would have been otherwise, having already settled his business and other affairs in preparation for his mission. And also, importantly, his opportunity to serve a mission certainly did not vanish just because he left the earth for a time. In some ways, it could be said that he had simply been called to a mission in the afterlife. Our class decided that this was all a part of Heavenly Father’s master plan for David Patten, even though surely at the time it was not what he expected “a mission” to mean.

My mission ended early, about a year shorter than I had planned for it to, because of the threat COVID-19 presents to people like me who have autoimmune illnesses. When I was first diagnosed with the illness at four years old, it rendered me unable to even walk. Through treatment, physical therapy, and many blessings I was again able to walk around like the rest of the kids my age, but complications of the illness have endured with me. Because part of having an autoimmune illness means I am a flytrap for any cold, flu, or otherwise that comes into town, I have missed school and work at times.  Painful joints and chronic fatigue kept me from playing any sports in high school, even when it’s where all my friends were. Beyond that, it’s embarrassing to not be able to do everything that everyone else can. Sometimes I would push myself to try to do things like the others, and would end up wiped out for days.

When I began to receive promptings from my Heavenly Father that I needed to serve a mission, I was concerned for how my health would hold up on such a rigorous schedule. I wanted to serve, but I didn’t want to slow down my companions or be a hindrance to the work in any way. I agonized over the decision the year before I turned nineteen. My father gave me a blessing and the promise I received from Heavenly Father was that if I would go forward in faith, He would keep me healthy. So I went forward, and I was called to serve in the Canada Edmonton Mission. 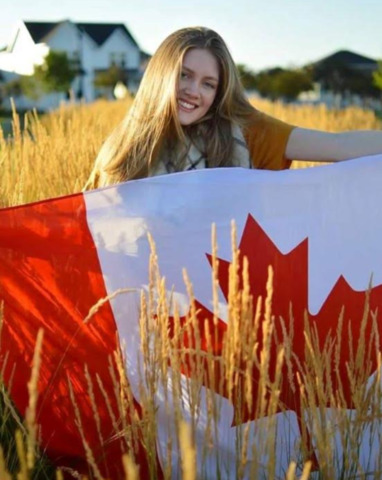 At the time, I thought maybe that blessing meant I would be magically cured. While that wasn’t the case, I did see miracles in my health.  I made it through the MTC without catching any sickness, which is honestly pretty unlikely even for the healthiest of people. Once in the field, I found myself able to walk for miles longer than I ever had been able to before, and in temperatures that at times were lower than the actual temperatures in Antarctica. I only caught colds a couple times, and they went away much more quickly than usual. I knew that all of this could only be because Heavenly Father was protecting me.

After I received the call that I would be going home to protect my health during the pandemic, my companion pointed out that even now, Heavenly Father had guided me by sending me out before everything came crashing down, allowing me to serve as long as I could with all I had, and then returning me to safety when the world was thrown into chaos.

Even with that reassurance, I still felt lost when I returned home. I hadn’t been able to do what I’d wanted to do. I’d put so much effort into preparation that not being able to finish was beyond devastating. I knew other missionaries who had also returned home early who were saying that since they hadn’t finished, they would tell everyone for the rest of their lives that they hadn’t served a mission at all. This upset me, and I prayed about it for weeks during my mandatory time in quarantine. I often thought of a quote my trainer had written on the mirror in our room that I read every night as I went to sleep: “You did not come this far to only come this far” and continued to struggle over feeling like my mission had been cut short.

However, soon after I came home Elder Jeffrey R. Holland shared the same quote in general conference, and somehow the way he said it presented it in a different light. That quote didn’t mean we who had come home early had failed, it meant that our missions went beyond the field. It meant that Heavenly Father had created us with a divine purpose in mind, and that He wasn’t going to abandon us, ever. Certainly not for the sake of a virus that as Elder Holland said is “1,000 times smaller than a grain of sand.” At last I had an answer. Heavenly Father had not brought me this far to only bring me this far. I knew that while I hadn’t served a traditional mission, I had served my mission. I remembered Brother Patten and the unique mission he had served—not a traditional one at all, but the mission the Lord knew he personally needed to serve to grow in the ways required for Brother Patten to return to Him. 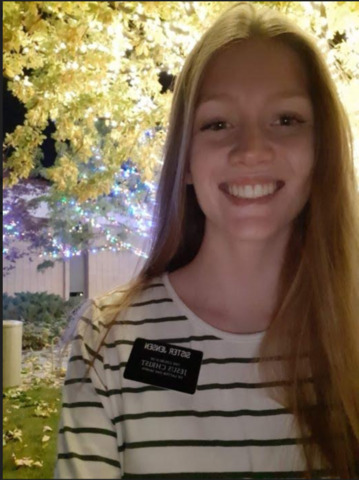 I also thought of my first day in the MTC when Esther 4:14 was read to a big gathering of missionaries “... who knoweth whether thou art come to the kingdom for such a time as this?”
They told us then, wide-eyed new missionaries, that the Lord had called us to help build His kingdom in exactly such a time as this. At the time, I had visions of knocking doors and teaching and preaching face-to-face, like you see in the missionary stock photos. I didn’t know that “for such a time as this” for us, was a world-wide pandemic. Right now all we really have are the words we can share through these virtual platforms. But God gave me words, so I’m going to share words of peace, hope, purpose, and of Christ. If I learned nothing else on my mission, I know that sharing messages of our Savior and His Atonement can calm in a way that nothing else will ever be able to. Focusing on the plan Heavenly Father has for us will fundamentally change who we are for the better, and will bring us to a place of peace no matter the chaos going on in the world around us.

To those of you who have had your plans changed within the past few months... so, to everyone... I love you. God loves you. The things that matter eternally will come back and will endure forever. Righteousness always triumphs; we have been promised that.

And to my fellow missionaries, those at home, those in the field, those whose heads are probably still spinning over the choices they have to make going forward—thank you for serving. Thank you, even if you never got to set foot in the field or never got past the point of opening your mission call. The Lord sees you, He knows you, He loves you, and He has a work for you. It’s probably not what you thought it would be. But you have come to His kingdom for such a time as this.

Well done, my fellow good and faithful servants. You are still part of the Lord’s army.

All images courtesy of Emily Jensen.