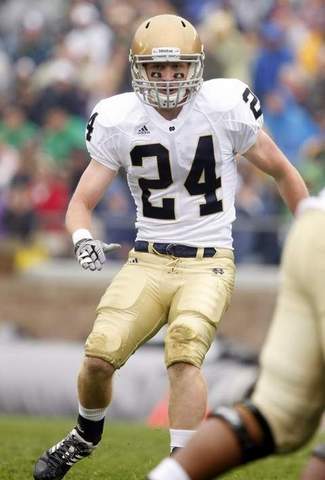 This would have been Chris Badger's week.

It wouldn't have mattered if he was still third on the Notre Dame depth chart at safety, as he was last spring as a freshman early enrollee.

When you're the only Utah product on the Irish roster and on a trajectory to become only the fourth player from that state ever to letter in football at Notre Dame ... and Saturday's opponent is none other than 15th-ranked Utah (8-1), guess what?

If you have a pulse and can construct even a cliché-laden sound bite, you're a media star. Not to mention, Badger's roommate was Tommy Rees, ND's plucky freshman quarterback who moves from understudy to the national spotlight this weekend. ... Bonus points.

It's still Chris Badger's week, just not in a football sense.
Read the rest of this story at southbendtribune.com