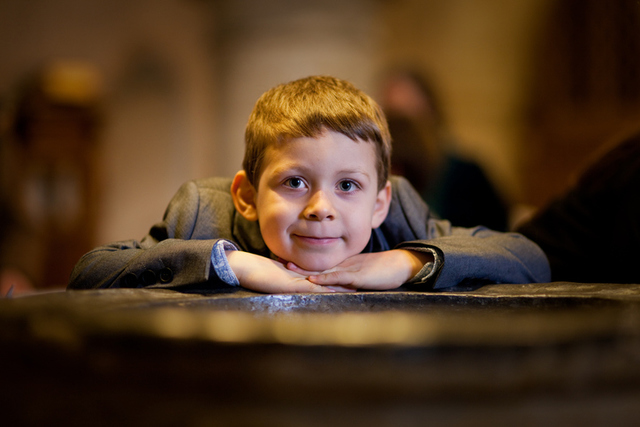 For your home teaching message this month, choose a talk from the October 2016 general conference to share with your families. Find the talks at conference.lds.org. Here is one suggestion from "Repentance: A Joyful Choice," by Elder Dale G. Renlund:

"[When] I was 12 years old, my family lived in Göteborg, a coastal city in southern Sweden. . . . [We] attended church in a large remodeled home. One Sunday, my friend Steffan, the only other deacon in the branch, greeted me at church with some excitement. We went to the chapel's adjacent overflow area, and he pulled from his pocket a large firecracker and some matches. In an act of youthful bravado, I took the firecracker and lit the long gray fuse. I intended to snuff out the fuse before it blew up. But when I burned my fingers trying to do so, I dropped the firecracker. Steffan and I watched in horror as the fuse continued to burn.

"The firecracker exploded, and sulfurous fumes filled the overflow area and the chapel. We hurriedly gathered up the scattered remnants of the firecracker and opened the windows to try to get the smell out, naively hoping that no one would notice. Fortunately, no one was hurt and no damage was done.

"As members came to the meeting, they did notice the overpowering smell. It was hard to miss. The smell distracted from the sacred nature of the meeting. Because there were so few Aaronic Priesthood holders—and in what can only be described as dissociative thinking—I passed the sacrament, yet I did not feel worthy to partake of it. When the sacrament tray was offered to me, I took neither the bread nor the water. I felt horrible. I was embarrassed, and I knew that what I had done had displeased God.

"After church, the branch president, Frank Lindberg, a distinguished older man with silver-gray hair, asked me to come to his office. After I sat down, he looked at me kindly and said he had noticed that I had not partaken of the sacrament. He asked why. I suspect he knew why. I was sure everyone knew what I had done. After I told him, he asked how I felt. Through tears, I haltingly told him I was sorry and that I knew I had let God down.

"President Lindberg opened a well-worn copy of the Doctrine and Covenants and asked me to read some underlined verses. I read the following out loud:

"'Behold, he who has repented of his sins, the same is forgiven, and I, the Lord, remember them no more.

"'By this ye may know if a man repenteth of his sins—behold, he will confess them and forsake them.'

"I will never forget President Lindberg's compassionate smile when I looked up after I had finished reading. With some emotion, he told me that he felt it would be fine for me to resume partaking of the sacrament. As I left his office, I felt indescribable joy. . . .

"The fact that we can repent is the good news of the gospel! Guilt can be 'swept away.' We can be filled with joy, receive a remission of our sins, and have 'peace of conscience.' We can be freed from feelings of despair and the bondage of sin. We can be filled with the marvelous light of God and be 'pained no more.' Repentance is not only possible but also joyful because of our Savior. I still remember the feelings that washed over me in the branch president's office after the firecracker episode. I knew I had been forgiven. My feelings of guilt vanished, my gloomy mood lifted, and my heart felt light. . . .

"I invite you to feel more joy in your life: joy in the knowledge that the Atonement of Jesus Christ is real; joy in the Savior’s ability, willingness, and desire to forgive; and joy in choosing to repent."

Read the complete talk on lds.org.