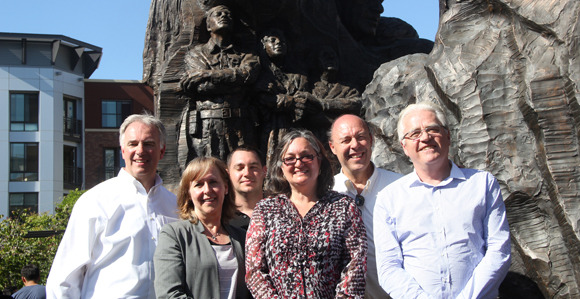 Sculptor Mario Chiodo selected Ina Coolbrith as one of several local heroes honored in his monument Remember Them: Champions for Humanity, which was recently dedicated in the Henry J. Kaiser Park in Oakland, California.

Josephine Donna Smith, later known as Ina Coolbrith, was born in Nauvoo, Illinois, in March 1841. She was named Josephine after her uncle the Prophet Joseph Smith and Donna after her father, Don Carlos Smith, Joseph’s youngest brother, who died in August that same year.

“I have chosen these humanitarians because, regardless of their individual backgrounds or missions, they share the common threads of courage, perseverance, education, sacrifice, and a sincere desire to strive for a better life for all,” Mr. Chiodo said.