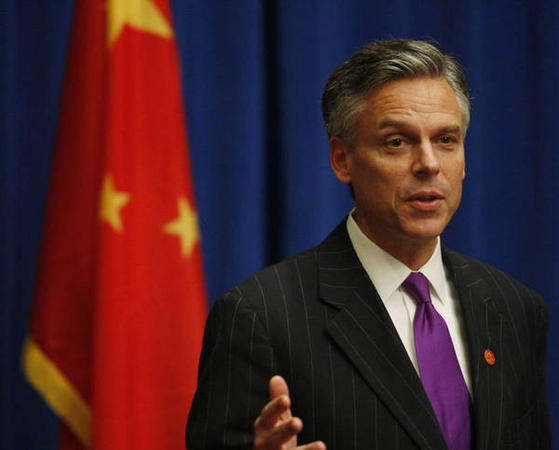 Obama weighs in on a 2012 run for Jon Huntsman Jr.

President Barack Obama weighed in Wednesday on the possibility of his ambassador to China vying for the nation's top post.

"I'm sure that him having worked so well with me will be a great asset in any Republican primary," said Obama, flashing a broad smile, as laughter broke out in the room.

Obama was asked about the Huntsman speculation at a press conference during the high-profile state visit of China's President Hu Jintao, who was sharing the stage with Obama, and Huntsman was seated directly in front of them.