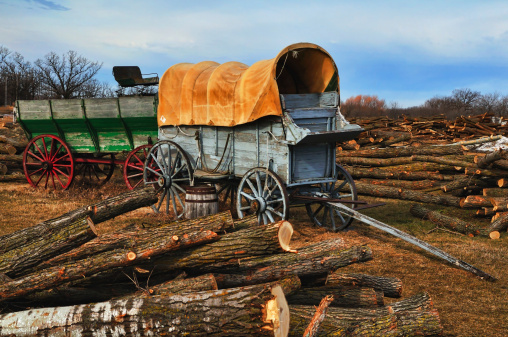 October 31st: On This Day in Church History

Halloween isn’t widely known for anything other than candy and costumes, but did you know that on this day in Mormon history, the ill-fated Willie Handcart Company was met by 10 rescue wagons in 1856, or that Yugoslavia was dedicated for missionary work by then-Elder Thomas S. Monson in 1985? Find out other LDS events that share All Hallows Eve in the timeline below:

1838: Missouri militia officers demand that the Saints give up their arms, pay for the cost of the war, leave the state, and surrender Joseph Smith, Sidney Rigdon, Lyman Wight, Parley P. Pratt, and George W. Robinson. George Hinkle, colonel of the Mormon forces guarding Far West, agrees to the demands and lures Joseph and the others into the mob’s camp, where they are immediately taken prisoner.

1847: President Brigham Young of the Twelve returns to Winter Quarters from his pioneer trek to the Salt Lake Valley, having made the return trip in only 67 days.

1856: The Willie Handcart Company is met by 10 rescue wagons full of supplies and food.

1875: Albert E. Bowen, later a member of the Quorum of the Twelve Apostles, is born in Henderson Creek, Idaho.

1913: William E. Hall, later a World War II pilot and U.S. Congressional Medal of Honor recipient (1943) for helping sink an enemy aircraft carrier and managing to land his aircraft safely, all while seriously injured, is born in Storrs, Utah.

1918: The First Presidency, the Quorum of the Twelve Apostles, and the Church Patriarch accept and endorse President Joseph F. Smith’s Vision of the Redemption of the Dead as the word of the Lord.

1949: The Great Lakes Mission is organized.

1963: Troy Tanner, later an Olympic gold medalist in volleyball at the 1988 Seoul games, is born in Whittier, California.

1978: The Sao Paulo Brazil Temple is dedicated by Spencer W. Kimball in one of several sessions.

1979: The first branch of the Church in the Netherlands Antilles (two island groups in the Caribbean Sea) is organized.

1985: Elder Thomas S. Monson dedicates Yugoslavia for the preaching of the gospel.

Outside of LDS church history, we found one more interesting October 31st event, which is our bonus fact: