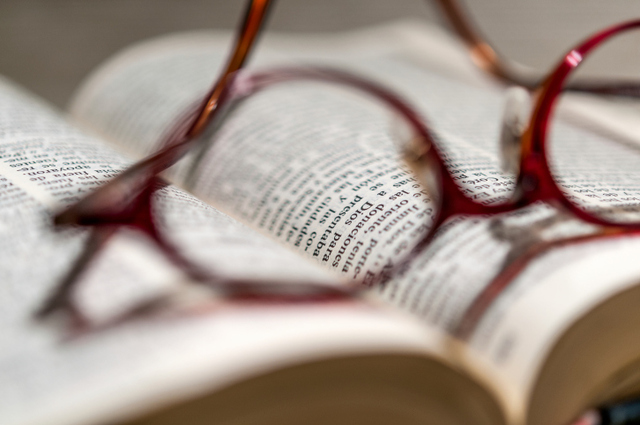 Old Testament Lesson 2: "Thou Wast Chosen Before Thou Wast Born"

INTRODUCTION: We came here with divine potential, and in many cases—perhaps all cases—divine power.

Elder Maxwell said of this:

One must be especially careful about judging the limitations some have in this second estate, since these may reflect divine purposes we cannot understand. But as to callings, foreordination operates. More important than my words are the words of President Harold B. Lee. In his last general conference address in October 1973, he made this observation: "All these rewards were seemingly promised, or foreordained, before the world was. Surely these matters must have been determined by the kind of lives we had lived in that premortal spirit world. Some may question these assumptions, but at the same time they will accept without any question the belief that each one of us will be judged when we leave this earth according to his or her deeds during our lives here in mortality. Isn't it just as reasonable to believe that what we have received here in this earth life was given to each of us according to merits of our conduct before we came here?" (Deposition of a Disciple, p.44)

1. ABRAHAM LEARNS THAT IN THE PREMORTAL LIFE MANY SPIRITS WERE FOREORDAINED TO THEIR MORTAL MISSION.

Abraham saw a vision of the intelligences that were organized before the world was created. I assume that an organized intelligence is a spirit child of heavenly parents (see Ab. 3:23). Those individuals were gathered together in a Grand Council with the Father and plans were discussed about the creation of the earth as a mortal home for the children of God, where they could be tested and prepared for immortality and eternal life.

Ponder the meaning of the phrase “thou was chosen before thou wast born (Ab. 3:23).” This identifying declaration would seem to apply to all those who were called “noble and great” in this revelation. They were chosen (foreordained) to mortal missions in the premortal councils.

Which men of the restoration were identified as having been among those noble and great spirits seen by Abraham?

The Prophet Joseph Smith, and my father, Hyrum Smith, Brigham Young, John Taylor, Wilford Woodruff, and other choice spirits who were reserved to come forth in the fulness of times to take part in laying the foundations of the great latter-day work, the building of the temples and the performance of ordinances therein for the redemption of the dead, were also in the spirit world. I observed that they were also among the noble and great ones who were chosen in the beginning to be rulers in the Church of God (D&C 138:53-55).

What were these men taught and foreordained to do? (See D&C 138:56) They “were prepared to come forth in the due time of the Lord to labor in his vineyard for the salvation of the souls of me” (D&C 138:56). Ponder the significance of this phrase. They came from the presence of God into mortality with one great duty, the duty to bring souls to Christ. They were not sent to labor for large houses or fast cars or huge bank accounts. When they came through the veil, before the shroud of forgetfulness dropped into place, these men had only one great objective. I am alarmed by how quickly and easily we seem to turn from this initial intent to an inclination to collect more and better and bigger things.

What was true of those great ones mentioned above is also true of us. Joseph Smith taught that “Every man who has a calling to minister to the inhabitants of the world was ordained to that very purpose in the Grand Council of heaven before this world was. I suppose I was ordained to this very office in that Grand Council” (TPJS, p. 365).

2. JESUS CHRIST WAS CHOSEN IN THE COUNCIL IN HEAVEN TO BE OUR SAVIOR; WE CHOSE TO FOLLOW HIM. LUCIFER AND THE SPIRITS WHO FOLLOWED HIM WERE CAST OUT OF HEAVEN.

Sometime in the ageless reaches of past time we came together in a Grand Council. Our Heavenly Father presented the Great Plan of Happiness to us. That plan required a Savior, and two of Heavenly Father’s children volunteered.

The matter is not clarified by Abraham, but Moses tells us why one was chosen rather than the other.

That Satan, whom thou hast commanded in the name of mine Only Begotten, is the same which was from the beginning, and he came before me, saying--Behold, here am I, send me, I will be thy son, and I will redeem all mankind, that one soul shall not be lost, and surely I will do it; wherefore give me thine honor. But, behold, my Beloved Son, which was my Beloved and Chosen from the beginning, said unto me--Father, thy will be done, and the glory be thine forever. Wherefore, because that Satan rebelled against me, and sought to destroy the agency of man, which I, the Lord God, had given him, and also, that I should give unto him mine own power; by the power of mine Only Begotten, I caused that he should be cast down. (Moses 4:1-3, emphasis added)

Notice in the italicized words above the things that Lucifer wanted: God’s honor and God’s glory and God’s power.

I have wondered about the numbers that supported Lucifer in his bid for supremacy. Why did so many (a third part: D&C 29:36; Rev. 12:4) follow him?

When we talk about our relationship to the Savior and our redemption, we must begin with the pre-mortal life. I think we often miss the real issue of the contention in the spirit world that eventually led to the War in Heaven. We talk about it as though Lucifer were going to force everybody to obey. Most people don’t want to be forced. As I see it, the real issue is that Lucifer would guarantee their salvation. He promised salvation without effort, without excellence, without hard work, without individual responsibility. That’s the lie that he promulgated in the pre-earth councils. That so-called shortcut to salvation captivated many gullible and lazy spirits. They wanted something for nothing. We have certain aspects in our life today where things are awkward. Something for nothing—a free lunch, we sometimes call it—with certain kinds of subsidies which promise to guarantee the reward without the effort. On that basis Lucifer led away many spirits. (Robert J. Matthews, “The Price of Redemption,” The 11th Annual Sidney B. Sperry Symposium—New Testament, January 29, 1983)

Perhaps the invitation Lucifer extended in the eternal worlds was somewhat like the doctrine taught by Nehor in Alma 1:4.

And he also testified unto the people that all mankind should be saved at the last day, and that they need not fear nor tremble, but that they might lift up their heads and rejoice; for the Lord had created all men, and had also redeemed all men; and, in the end, all men should have eternal life.

That is what Lucifer offered to do in that Council. I will redeem all men and all men will have eternal life. Therefore, there was no need for guilt or repentance: “they need not fear nor tremble, but . . . they might lift up their heads and rejoice . . .”

Suppose you found yourself in need of brain surgery and you went looking for a physician. Would you select one who had received his degree on the basis of potential, without any course work, or would you prefer one who had been to classes taken the tests and participated in a rigorous internship?

This was a plan that could not work, of course.

A parable illustrates this understanding. A wealthy father knew that if he were to bestow his wealth upon a child who had not yet developed the needed wisdom and stature, the inheritance would probably be wasted. The father said to his child:

“All that I have I desire to give you—not only my wealth, but also my position and standing among men. That which I have I can easily give you, but that which I am you must obtain for yourself. You will qualify for your inheritance by learning what I have learned and by living as I have lived. I will give you the laws and principles by which I have acquired my wisdom and stature. Follow my example, mastering as I have mastered, and you will become as I am, and all that I have will be yours.” (Dallin H. Oaks, Ensign, Nov. 2000, p. 32)

And so the earth was created, a testing center where we could demonstrate our willingness and worthiness for the blessings of eternal life.

We will go down, for there is space there, and we will take of these materials, and we will make an earth whereon these may dwell; And we will prove them herewith, to see if they will do all things whatsoever the Lord their God shall command them . . . (Abraham 3:24,25)

Satan and his followers, who rejected the plan, were cast out into the earth (see Moses 4:3; Abraham 3:28; Revelation 12:7-9; D&C 76:36,37. What are those fallen spirits doing now? My favorite scriptural description is in D&C 76:29. “Wherefore, he maketh war with the saints of God, and encompasseth them round about.”

CONCLUSION: A few Christian faiths have twisted the doctrine of foreordination into what they have erroneously interpreted to be predestination. The words predestinate and predestinated come from the writings of Paul and appear in Romans 8:29,30 and Ephesians 1:5,11. But those words do not mean (nor did Paul believe) that we came into this world with no control whatsoever over the final stop on our journey into immortality. I personally have always enjoyed the idea of predestination, not as it was taught by the Calvinists, but as it was explained by Paul. There is nothing uncomfortable for me in the idea that we were predestined to immortality and eternal life. When I leave home to travel to my son’s house, I am certainly predestined to arrive there. But that does not prevent me from being distracted along the way or from making choices that may result in my arriving at an unexpected destination. We need to understand that the meaning of predestination is that we selected our final destination in the eternal worlds before we came to this world, and that we came here with that destination in mind. Do any of you doubt that you came into mortality knowing exactly where you wanted to be after your mortal experiences? There is nothing here that interferes with agency in any way.

I would not labor over this point except to reinforce the idea that we came here knowing where we wanted to go. And we selected that destination with our eyes wide open, knowing what Gods look like and act like and what Godhood is all about. What a tragedy it would be to change our destination here, where we can only see “through a glass, darkly . . .” (1 Cor. 13:12).