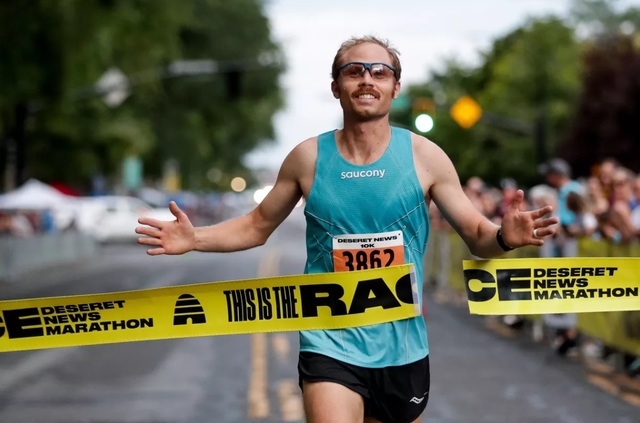 Olympian Jared Ward knows a thing or two about dealing with nerves.

But the state’s top professional runner and BYU professor found himself dealing with a completely new kind of pre-competition anxiety when he and two other BYU engineers pitched a new product for runners on ABC’s “Shark Tank.”

“It was like standing in a room with a bunch of sharks,” said Ward, who finished sixth at the 2016 Rio Summer Games. “We were nervous. ... It feels a lot like when you’re in the bullpen before you walk out to the (starting chute) of a race. You’re in this room, and you know you’re going to be thrown to the sharks. It is intimidating.”

In the episode, which airs Sunday at 7 p.m., Ward and Shaquille Walker, who ran on BYU’s track team, and Jono DiPeri show the potential investors (known as the sharks) the Meteor.