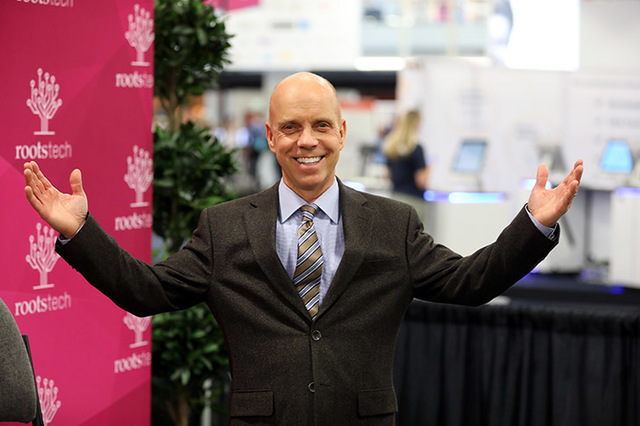 Olympic Gold Medalist: Trials Are "God's Scheduled Opportunities for Us"

Olympic gold medalist Scott Hamilton spoke at RootsTech last week about the importance of family and about overcoming trials. And he should know. He jokes that he has a hobby of "collecting life-threatening illnesses" and that he's a "short, bald, half-neutered, chemoed, surgically-repaired, retired male figure skater of unknown ethnic origin."

His story is truly inspiring.

Scott was adopted at six weeks of age by “an amazing family.” “You know that’s me,” he jokes, pointing to a newborn photo of himself. “Same hairline.” 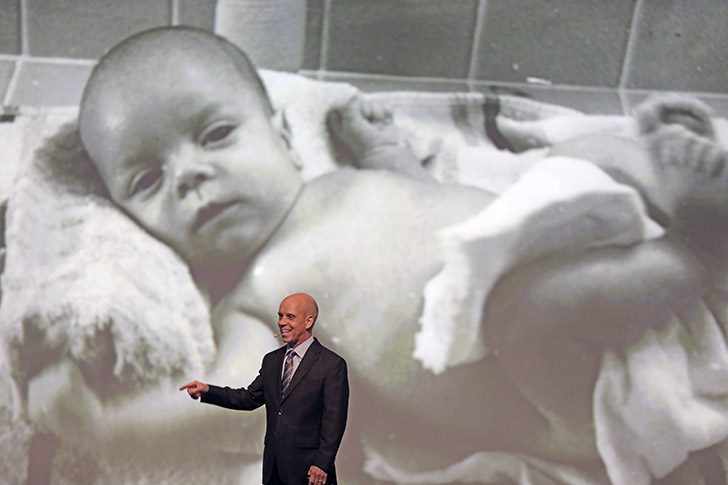 “We’d celebrate that I was adopted every day,” Scott said. Later in life when children would tease him about being adopted, he’d say, “Yes, I was adopted. My parents chose me. Your parents got stuck with whatever came out.”

He had a beautiful family situation, he said, with frequent interactions with his grandparents. Yet, the variety of illnesses that would plague him through his life began as a child. He said, “I always joke that the counter that’s in your kitchen that the children run under all the time, and you know that one day they are going to bash their heads because they’ve grown taller, that never happened to me.” He was sick and small and as a man only grew to be 5’4’’.

“I was on this never-ending journey of hospitals,” he said. His parents even went back to his birth parents to see if they could solve the health mystery, but it was a mystery that never was solved. Finally the doctors said, “We have no idea what’s going on. We just think you need to go home and live a normal life,” he said. “My parents were just shattered and exhausted from this four-year adventure” going from hospital to hospital.”

During these many hospital visits, Scott’s Mom slept in the chair in the corner of the room and was under a great deal of stress. Finally, the doctor suggested to them that they needed a morning off and that the university offered classes at a new ice skating rink every Saturday morning. “Put him in those classes and he will be well supervised,” the doctor assured them.

When he got to the rink, he was excited to be with well kids, but was still wearing a nose tube because of the supplement that he wouldn’t drink. No one would have figured him for a future gold medalist.