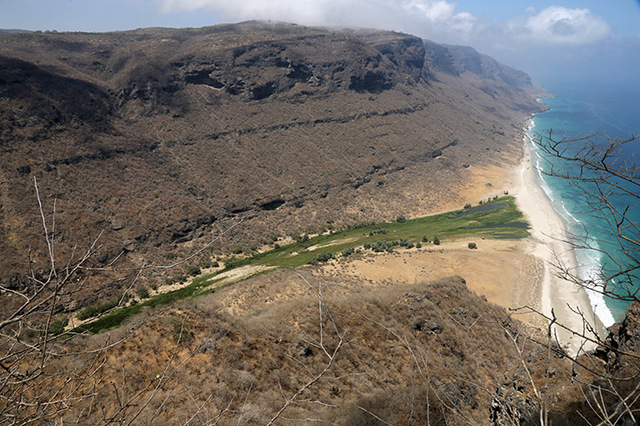 This is absolutely fascinating. The remains of an ancient Hebrew temple and a landscape that fits Nephi's description of Bountiful perfectly have been discovered, and now, a Muslim country has granted LDS archaeologists a chance to dig at the site.

It seemed impossible that the government that rules the devoted Muslim country of Oman on the southeastern cap of the Arabian Penninsula would grant permission for an archaeological team, headed by a Latter-day Saint, to dig at the isolated beach called Khor Kharfot which is not just the most, but probably the only viable candidate for Nephi’s Bountiful.

Not only have the Omani’s granted permission, they are willing to be our partners, facilitate the work, allow samples to be taken out of the country to be analyzed and more. These are Muslims graciously supporting a very Mormon project—to know everything we can about Nephi’s Bountiful.

How that came to be is the remarkable story we will tell here, but to understand why this is breathtakingly significant requires some context.

In describing Bountiful where he built the ship, Nephi gives us specific details, including that it is a place on the seashore accessible from the high desert, directly east of Nahom, a place of much fruit and honey and a place with significant timber. It must have a supply of fresh water, iron ore to make tools, flint to make fire, a mountain close enough that he can go there to pray often, and cliffs by the seashore since his brothers threaten to throw him in.