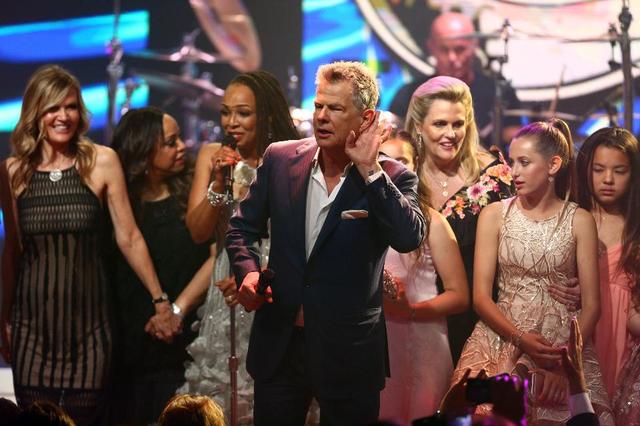 "I don't know the process where they find these people and how there could be so many great singers that are not professional in one room because their pitch and their tone, everything is so amazing and their musicality is so incredible. It's impressive," David Foster said in an interview with Forbes.

Labeled by Forbes as "far and away one of the most successful producers of all time," Foster has won everything from numerous Grammys to an Emmy and Golden Globe Award and several artist and producer of the year awards. "If there is a well-respected, talented singer or band out there, Foster has probably not only worked with them, but the music they made together was probably a huge hit, and it likely won both of them some awards," Forbes writes.

In an interview with Forbes, his praise for the choir was no less than glowing:

"For me, I've been involved for the last 10 or 15 years with the choir and it's always a pleasure to go there," Foster says. "It's musically so rich and so deep and the choir is extraordinary. The power of 360 singers and a 100 piece orchestra all at once in this beautiful setting, it's almost overwhelming and it's something that keeps drawing me back. I love it every time."

Foster mentioned that the Mormon Tabernacle Choir's latest CD not only features him, but other musical giants like Sting, Yo-Yo Ma, James Taylor, Amy Grant, Angela Lansbury, and so many more.

Foster continues, praising the choir: "It's almost overwhelming because they sound so beautiful. You could argue and say it's because there’s safety in numbers, but it's not. They're all great singers. And this is something that you may not know--they're all amateurs. It's not their full-time profession."

Foster is featured on the CD in the song "The Prayer," originally from the Quest for Camelot film and made popular as a duet by Celine Dion and Andrea Bocelli. About this song, Foster says, "'The Prayer' has only ever been sung by two singers, right? Or actually, sometimes one singer. Obviously, this time there's 360 singers singing it and no solos. The entire thing is 360 people singing, which is pretty magical. The song is already kind of a magical experience. Some people describe it as a religious experience just hearing the song. You put that on top of what is a real religious experience and a magical experience . . . I was pretty impressed."