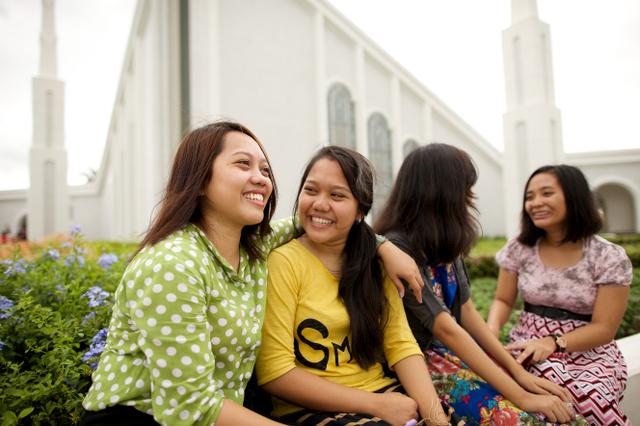 Words matter. Precision in communication matters. For example, the words used in sacramental prayers over the bread and water are prescribed (see D&C 20:77, 79). The bishop as an overseer (the literal meaning of the word for “bishop” in Greek is episkopos, meaning “overseer”) ensures that the priests have said the prayer properly, correctly, and with precision. Otherwise, the prayer needs to be said again, correctly.

Why Does This Matter?

“The ordinance of confirming a new member of the Church and bestowing the gift of the Holy Ghost is both simple and profound. Worthy Melchizedek Priesthood holders place their hands upon the head of an individual and call him or her by name. Then, by the authority of the holy priesthood and in the name of the Savior, the individual is confirmed a member of The Church of Jesus Christ of Latter-day Saints, and this important phrase is uttered: ‘Receive the Holy Ghost.’”

The True Meaning of Our Endowment

Significantly, the word endowment is derived from the Greek word enduo, which means “to clothe.” If we think about the temple experience, we are physically covered and clothed with white temple garments which symbolically represent how the Atonement of Jesus Christ covers and clothes us with purity so that we can enter into God’s presence once again.

We can elevate our speech and speak properly of the gift of the endowment, which represents receiving the Atonement of Jesus Christ. Most appropriately then, we “receive” the endowment—with love and gratitude for the Giver of this—and all—good gifts.

For additional resources, check out Your Endowment by Mark A. Shields, Preparing for Your Endowment by Cory Jensen, Symbols and Shadows: Unlocking a Deeper Understanding of the Atonement by Jay A. Parry and Donal W. Parry, Understanding Temple Symbols by Jack M. Lyon, The Holy Temple by Boyd K. Packer, and Temple Reflections by Alonzo L. Gaskill.