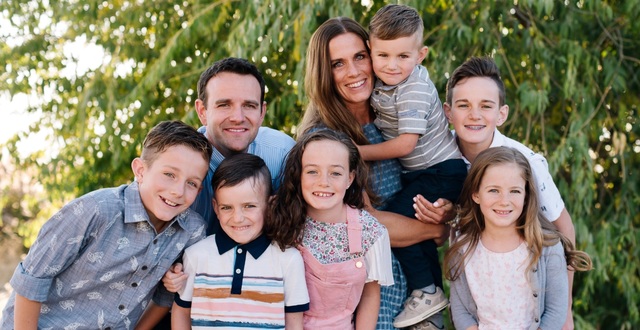 It was a ridiculous question for David Butler's son to ask.

After taking his father's laser pointer and accidentally losing it at school, 7-year-old Jack Butler left a note on David Butler's bedroom pillow explaining and apologizing for what happened. The young son planned to search every square inch of the school the next day and if he couldn't find the laser pointer, he would work to earn money for a new one.

The last line of the note read, "P.S. Can you ever forgive me?"

Tears flowed as David Butler rushed to his son's bedside and hugged him so tight he thought "his eyeballs might pop out," he said.

The tender family account is one of many that Butler shares in his new book, Almighty: How the Most Powerful Being in the Universe is also Your Loving Heavenly Father.

Butler is a husband and father of six who teaches institute for The Church of Jesus Christ of Latter-day Saints at Utah Valley University in Orem. Before that he was a seminary teacher.

Almighty was one of several topics he discussed in a recent interview. He also recounted how he became a religious educator, a powerful experience from his Latter-day Saint mission, and the story behind his family motto.

This interview has been edited for lengthy and clarity.

David Butler was recently featured on LDS Living's All In podcast. Listen to the interview here or in the audio player below.

Trent Toone: At what point in your life did you know you wanted to be a religious educator?

David Butler: I kind of accidentally fell into it. What's so funny is when I was in high school, I can remember sitting in class and thinking I don’t ever want to be a teacher. I was going to start a dental lab with a friend when I was going to Brigham Young University, you know, just to get us through college. I wanted to be a pediatric oncologist.

But oddly enough, I was at lunch with a friend and he asked what religion class are you taking? I didn't have one yet. He was taking this one called "Teaching the Gospel," which was the introduction into teaching seminary and institute. I didn't know that, so I just took it because it fit my schedule. He said you won't get in, it fills up every semester. But I went to the computer, and there was one spot, so I added it.

When I grew up in Houston, I didn't even know that there was a such thing as a full-time seminary or institute teacher. I remember in the (Teaching the Gospel) class we had an assignment to visit a seminary class. It was the first time I put two and two together. Anyway, I took the class. After a year at BYU-Hawaii, we came back and I took the next class. They offered me a part-time teaching gig (student teaching) as I was going to school. I did that and when I graduated and they offered me a full-time spot. So I sort of fell into, to be honest.

TT: In your bio it says you’ve chosen the life motto: “Stuff no mattah, people mattah.” What is the story behind that? Where did that come from?

DB: I was in seminary one day and this girl quoted something her dad is always saying. Another kid said something similar. I thought to myself, oh my gosh, are dad’s supposed to have a motto? What will my kids grow up saying? I told my wife Jenny we need to find a motto, something that's like our theme or family mantra.

We were in Hawaii for my wife's brother's wedding and we were sitting in a Sunday School class when a big Polynesian man in the back said this scripture reminds me of that old adage: "Stuff no mattah, people mattah." Right when he said that, Jenny and I turn to each other. That’s it. That’s our motto.

Jenny grew up with her parents teaching her that people and experiences will always be more important than money and things, so we adapted that. We teach it to the kids and say our ministry is people. We’re kind, we’re honest and we look out for people. When they need us, we go. People will always be first in our priorities, relationships will always be first. The rest of the world is just stuff. We feel like our life’s mission is to love like Jesus. That’s what we want the kids to understand at a young age.

TT: Where did you serve your mission and what would you consider the turning point in your missionary service?

DB: I served in the Korea Seoul West Mission.

I can remember a point about three months into my mission when I was really frustrated and overwhelmed. I could picture the world like a globe and I thought I'm literally halfway across the world and I felt like God had forgotten where I was, to be honest. I’m the only American. I’m the only one who speaks English. I’m not even being very helpful. I thought I was good with people before I left, but there’s this block because of the language. It was just one of those days where you feel like the Lord messed up your mission call and forgot where I was.

Before I left on my mission, my mom took me on a trip to New York. One of the nights we saw this off-Broadway play called "The Fantasticks," and it had this main song, a catchy tune that sticks in your head. It was such a random play and a random decision to go see it, six months before I left.

So I was in Korea on a college campus and out of nowhere a speaker system started to play that ("Fantasticks") song in English right as I had the thought I think God has lost me. I was sort of shocked and a little teary. My companion walked up and was like, "Dude, are you OK?" I was like, "Sssshh, God's playing a song for me."

That was a moment where I realized OK, he didn’t get my mission call wrong. I got work I can do here. It was a turning point to some extent for me. I have my limitations but I felt like God was going to marry my abilities with situations where they can be valuable. That’s where I decided I’m just gonna put what I have out there. I’m going to love people the best way I know how, even with the limited language that I’ve got, and I expected God would take it and use it in the way he knows best. That's how I lived out the rest of my mission.

TT: How did you get the idea for this book, Almighty?

DB: I was having a conversation with my sister, who was kind of going through a rough time and asking a lot of questions about church history and our beliefs and everything.

While we were having that conversation I said to her you've got to start from the beginning. You need to begin with your faith and belief in God. You need to decide if you think God lives and God is real because that is who's at the center of our faith. Not these other details. So I said you just need to start all over and began with faith in God. That's where Joseph (Smith) began in the Articles of Faith. I think that's where you should start.

I walked away from that conversation and thought I want to write a book about that. That's a truth I want to emphasize a little bit more, that our leading truth is that we believe in God. That's who we are as a people and sometimes we don't reflect that so much in our speech. Usually the first testimony line you hear from people is they know that the church is true. What about our belief in God? That seems to be the one that should lead out. So a conversation with her sort of sparked the idea, and then there's been other thoughts along the way.

I've realized how powerful that truth is that God's like a father, not this almighty ruler of the universe, but that he uses his power, influence and goodness for his children. He doesn't just perform miracles, he performs miracles for his children. I just loved that idea so that came into play.

In the scriptures, (Mosiah 4:9), King Benjamin stands up in his tower and says listen, something I want you to know is this that we believe in God. That's first and foremost, it's our golden truth.

In the First Vision and the coming forth of the Book of Mormon, there's evidence that there's a God and that he speaks to us. That's the truth Joseph (Smith) walks out of the sacred grove with — there's a God and I can talk to him. I'm a poor farm boy and God is interested and can talk to me. I think that's so powerful.

TT: Is there a central message you hope readers will take from Almighty?

DB: I hope they take away that God is almighty, that he can do anything, anytime, anywhere, and that he's also our father. All of his time and energy and power is devoted to showing love to his children; that he's personal; that we can have a personal relationship with him; that we can trust him and he's for us. He's on our side. He's proven that again and again. I hope people will read that and began to recognize how involved he is and now involved he wants to be in our lives. 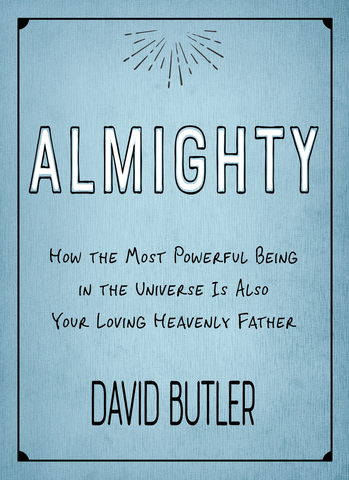