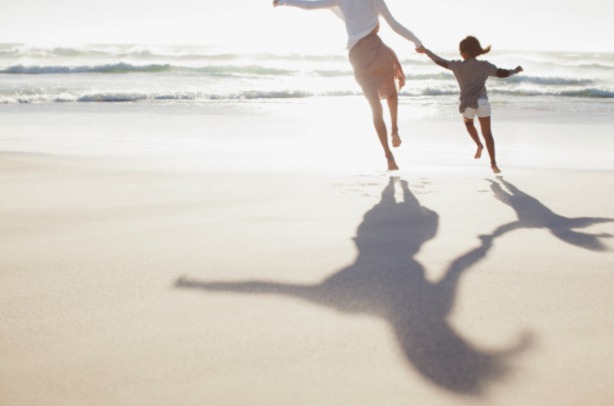 When my Aunt Lily called my mom this week to tell her she had terminal cancer and just two weeks left to live, she explained the prognosis as though she feels like someone just came to her house, knocked on her door, and told her she had a unicorn in her back yard. Whatever happened and whatever treatments she chose, the unicorn was staying.

So she decided to celebrate with a unicorn party.

When I was debating about going to India to do humanitarian work for a summer, Lily was the first to look me straight in the eye and say, "Do it!" She was one of the first to donate to our projects and helped fund a well for people in slums half a world away she had never met. She loves life, lives it to the fullest, and it's contagious.

I have no doubt Aunt Lily's sense of adventure and whimsy will allow her to show her doctors wrong as she lives out and loves the life she has left. But more than that, I know I'll see my Aunt Lily again, and I have a feeling it will be in the celestial kingdom.

My Aunt Lily was not a perfect woman, and she'd be the first to admit that. She smoked, swore here and there, and made mistakes, but Lily mastered what really counts. She loves fiercely, she laughs often, she forgives easily, and she embraces anything good with all her heart.

And while she may never have joined the Church, I believe that we live a gospel of second chances, one where God has prepared a way for those He loves to receive essential covenants after death, and His is a plan of eternal progression.

In a lot of ways, my Aunt Lily is much further along the path of exaltation than I can ever hope to be, and I strive to learn from her. While I don't discount the importance of the Church in my life, I have to acknowledge that Aunt Lily showed me there are many ways to grow closer and become like God if only we have the heart to see them.