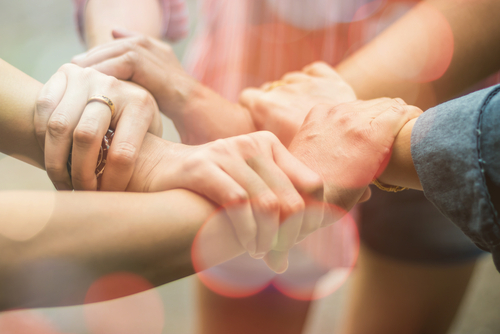 As an English major, I have enjoyed taking several classes on ethics and social justice that address issues like implicit bias, racism, and sexism. I love the way these classes opened my eyes to things I had never noticed before about the world around me. While I had always known that equal rights were important, I became more sensitive to the importance of these issues in a way I never had before. I felt that gaining this wisdom was invaluable—that it would make me a stronger, more sensitive voice, both in my career and in my service in the Church.

My experience in growing to understand these issues faced an unexpected obstacle when I began watching the April 2018 general conference. I had a strong testimony of the modern apostles and prophets, but I couldn’t help but think of my social justice class as well as the claims of injustice by many recent groups outside the Church. The number of women speakers was very small compared to the number of men. If my professor and classmates were here watching this with me, what would they think?

I wasn’t ready to abandon my faith or demand that women should hold the priesthood, but it bothered me that I knew what those opposing the Church were saying about equality in the Church—and I could understand why.

Part of me wanted to push my thoughts away and pretend they had never crossed my mind, but I knew I couldn’t just ignore this concern. I needed to know how to articulate my beliefs and defend them against the valid points people were making about gender equality in the Church.

I prayed to Heavenly Father about my feelings and plead for understanding. I continued to watch conference, carefully taking notes and listening for an answer. Though it didn’t come right away, peace came to my heart as I listened to Sister Reyna I. Aburto’s words in the Sunday morning session:

“Girls and boys, young women and young men, sisters and brothers, we are on this journey together. In order to reach our sublime destiny, we need each other, and we need to be unified. The Lord has commanded us, ‘Be one; and if ye are not one ye are not mine’ (D&C 38:27).”

The churning feeling in my stomach was replaced with a comforting feeling of peace as I listened to her message. Her inspired topic was not equality, but unity.

I realized that while the topic of equality is still critically important to be sensitive to, the priority that the Lord is teaching us is to be united with each other. Sister Aburto, who understands the challenges of being a minority, taught that while we have our differences, those differences become less important as we focus on our united effort to build the kingdom of God together. As she spoke, the Spirit testified to me that what she was saying was true, and I was grateful to have received an answer to my prayers.

Looking back on this experience, I realized that my concern over equality had caused me to subconsciously pit men and women against each other in my mind. The constant comparison of men and women’s roles had started to create a divisive mentality that I didn’t intend to foster. Sister Aburto’s talk made me realize that instead of asking how we can push ourselves above others, we should instead ask how we can work together in unity to build the kingdom of God.

As I reviewed my notes from the other conference talks and announcements, I found that unity was a constant theme. For example, changing visiting teaching and home teaching to simply “ministering” seemed to bring a new emphasis that as Priesthood holders and Relief Society sisters, our mission in serving and blessing others is really the same. Combining the elders’ and high priests’ quorums together also meant a greater unification in our ward units. And Sister Oscarson’s talk about including the young women in ministering not only created an equal balance of responsibility with the young men’s involvement in ministering but also highlighted the importance of working in unity as youth and adults.

I still feel strongly that sexism is an important issue that we need to honestly and fervently eradicate, and I still believe that having an educated ability to recognize bias and discrimination is important and healthy. But I also believe that in the kingdom of God, equality will naturally follow as we focus on being united in the Lord’s way.

As Sister Linda K. Burton said, “When we work together with love and unity, we can expect heaven’s help.”