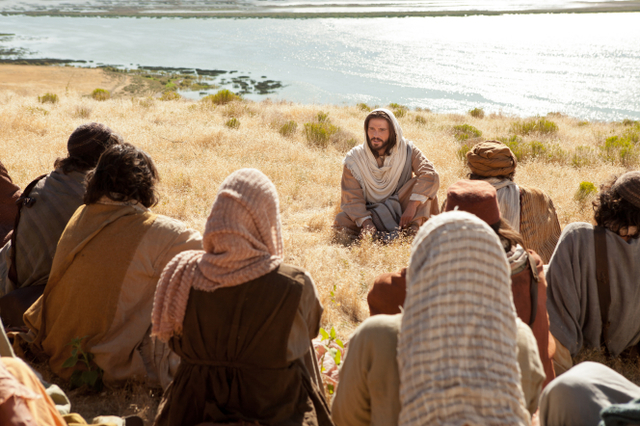 Jesus, the Master Teacher, taught in unexpected ways, capturing the attention of His audience to draw their minds to significant truths that they may have otherwise missed.

The following passage represents one of those creative teaching techniques employed by Jesus to teach a larger principle. Yet this passage is still often misunderstood, even today.

"Then came Peter to him, and said, Lord, how oft shall my brother sin against me, and I forgive him? till seven times? Jesus saith unto him, I say not unto thee, Until seven times: but, Until seventy times seven" (Matthew 18:21-22).

For those reading this passage literally, Jesus’s message is clear: You have to forgive an offending individual 490 times.

But not many people take the words in this scripture literally. Would Jesus really be okay if we determined to no longer forgive someone after the 490th time? Does Jesus really expect us to keep a scorecard of offenses?

For these and other reasons, most people do not interpret the words in this passage literally. They instead recognize the intent of Jesus’s words to Peter as saying, “Peter, you give forgiveness to people as often as they need it. Just as seven times seventy is a multiplied number, you’ll be delivering a multiplication of forgiveness throughout your life.” This latter interpretation seems much closer to the truth that Jesus expects us to forgive abundantly and unreservedly. But there may yet be additional meaning to squeeze out of these passages, and it has to do with the significance of the numbers Jesus used in His message.

In Jesus’s day, a common tradition was that God expected His people to forgive seven times. This tradition may be based on Amos 1:3-13 and Amos 2:1-8 where God identifies seven cities and nations that had transgressed against Him seven times, and because they had continued to commit egregious sins after seven terrible transgressions, they would no longer be spared His wrath. Incidentally, after God lists these seven cities and nations marked for destruction, He surprises the reader by adding an unexpected eighth nation slated for His hand of judgment: Israel. God breaks the pattern of sevens, seven nations committing seven sins, by moving to the number eight. Israel is actually the one who has broken the expected pattern. Not only have they broken the literary pattern of seven, they have more egregiously broken the commandments and are thus due the most terrible punishments.

Jesus used numbers to convey His message, which we see in this passage above. Jesus’s statements about forgiving seventy times seven are typically interpreted in one of two ways. One reading takes Jesus’s words literally. The other interpretation sees the underlying message of the mathematical conclusion of the literal interpretation.

In ancient Jewish times, the number seven symbolized perfection, completion, or fullness. The number seventy combines the perfection of seven with the symbolic completion of ten. Therefore, Jesus is using a form of hyperbole* to make a point that our forgiveness needs to be perfect; it needs to be full, complete and ongoing, not half-hearted, measured, calculating, or backtracking.

Jesus used the meaning and symbols of numbers to tell us to be perfect or complete in our forgiveness.

*As a teaching technique, Jesus sometimes employed hyperbole (a fancy word meaning “exaggeration”) to make a point, to get people to think, to expand understanding, and especially to get His audience’s attention. For example, during His inimitable Sermon on the Mount, Jesus declared the higher law:

"Judge not, that ye be not judged. For with what judgment ye judge, ye shall be judged: and with what measure ye mete, it shall be measured to you again. And why beholdest thou the mote that is in thy brother’s eye, but considerest not the beam that is in thine own eye? Or how wilt thou say to thy brother, Let me pull out the mote out of thine eye; and, behold, a beam is in thine own eye? Thou hypocrite, first cast out the beam out of thine own eye; and then shalt thou see clearly to cast out the mote out of thy brother’s eye" (Matthew 7:1-5).

A modern translation might render these passages as “Why do you see the sliver in your neighbor’s eye but you are unwilling to acknowledge the telephone pole in your own eye?”

Was Jesus speaking literally in this instance? Of course not. He used a vivid and powerful imaginary exaggeration to make His point unmistakably clear: our own faults impede us from correctly diagnosing the faults of others; at the very least, we should work on our own problems before we attempt to address anyone else’s problems.

Again, Jesus was the Master Teacher. His use of well-timed exaggerations made His message striking, memorable, unforgettable, and unmistakable.