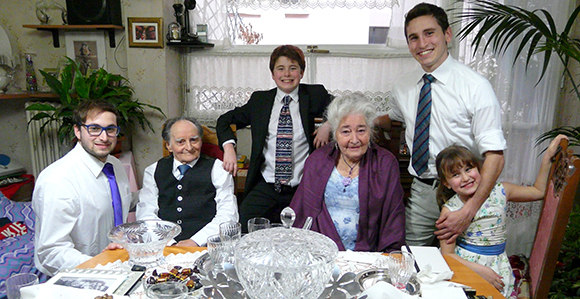 Agostino and Pierina Vardeu were baptized members of the Church in June 1978. Married since 1961, they are among the most influential longtime members in Italy, and they’ve passed their love of the gospel down to four generations so far.

Holding hands as they sit side by side in their living room on a Sunday afternoon, surrounded by many of their children and grandchildren as well as shelves and walls filled with family photos, the Vardeus recalled their introduction to the gospel more than four decades ago.

“We didn’t find the Church,” Pierina said. “The Church found us.”

It was this same room in Ciampino where elders first taught Agostino after patiently waiting for him to come home from work, then waiting for him to eat supper before they were finally invited in. By then, the elders had only a few minutes left to share their message with Agostino and his son Sergio before they needed to head back to their own apartment before curfew.