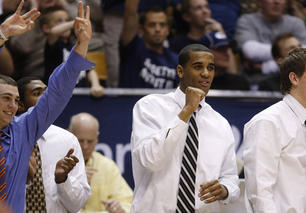 Opinion: Brandon Davies should have been story of the week

The best news story last week got little play nationally, even though one columnist for the Portland Oregonian wrote simply, "Wow."

When BYU suspended Brandon Davies for an honor code violation during the middle of a legitimate run for the national championship last March, the world took notice that an institution actually would put something, anything, ahead of winning. But last week Davies was reinstated and reportedly overjoyed at receiving a second chance, without generating nearly as much chatter.

Here's what the Oregonian's John Canzano wrote: "I figured the player (Davies) would re-surface somewhere, bitter and more talkative, and eventually write a book about life under the code at BYU. Instead, he's back for more, and grateful for the chance."