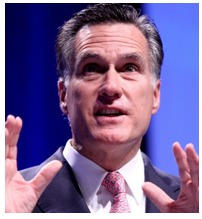 Opinion: Will Mormons Save the GOP from Xenophobia?

Two growing forces in conservative politics are on a collision course: xenophobic nationalism and Mormonism.

The Tea Party movement, with its rejection of Chamber of Commerce-type Republican elites, rose-tinted view of America’s past, and belief in self-reliance and small government, has reinvigorated isolationist nationalism within the GOP. Though much of the movement’s rhetoric has lately focused on public spending, suspicion of all things foreign—be they immigrants, overseas military missions, or Obama’s family roots—is one of the Tea Party’s animating forces.

At the same time, we’re in the midst of a Mormon political moment, with two active Mormons vying for the Republican presidential nomination. Though conservatives, Mitt Romney and Jon Huntsman are internationalists whose backgrounds suggest they must find it very distasteful to have to pander to the isolationist crowd in their own party.

Read the rest of this story at citywatchla.com