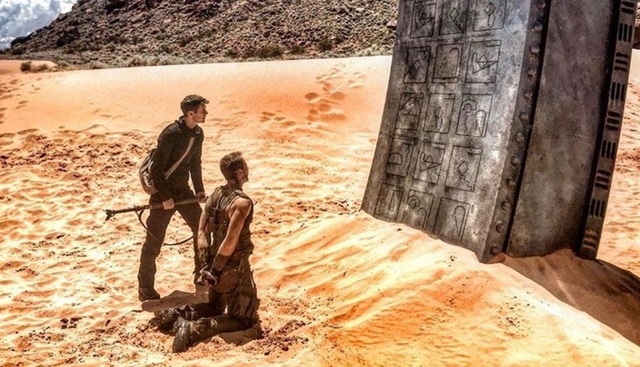 The second drama series from BYU, Extinct, will premiere on BYUtv on October 1, 2017, at 7 p.m. Mountain Time.

The 10-episode show takes place 400 years after the extinction of humankind, following a small group of humans who are revived by the aliens.

The aliens say they want to help humans, but the small group discovers a dark secret: the alien's might destroy the human race again.

Best-selling authors Orson Scott Card and Aaron Johnston team up to create the action-packed sci-fi show. It stars Chad Michael Collins (Sniper: Reloaded, CSI, Once Upon a Time), Victoria Atkin (Hollyoaks, Assassin's Creed), Matthew Bellows (Nashville, Colony, Fuller House), and Yorke Fryer (How to Get Away with Murder) among other actors.

“It kind of covers all the bases in terms of your really fun sci-fi series. A lot of fights, a lot of action, a lot of adventure,” he says.

The first eight episodes will be available to stream on byutv.org/extinct, the BYUtv App, AppleTV, Xbox ONE, Xbox360, Roku, Amazon FireTV, IOS, and Android on Sunday after the premiere.

Alternatively, viewers can watch Extinct weekly every Sunday at 7 p.m. Mountain Time. The two-episode finale will be released on Sunday, November 19.