Our 10 Favorite Mormon Moments from 2015

4. TV Host Runs into Missionaries During "Only Say Yes" Experiment

In a new Flemish TV show entitled Ja Jan, a TV host commits to say "yes" to every question asked of him for 60 days.

Including when he ran into two Mormon missionaries.

Episode 4 of the show, which aired on January 26th, follows Jan as he flips a coin leaving his house to determine the direction he'll walk that day. As luck would have it, he drops the coin, which then rolls to a stop on tails—directing him to walk forward instead of to the right. 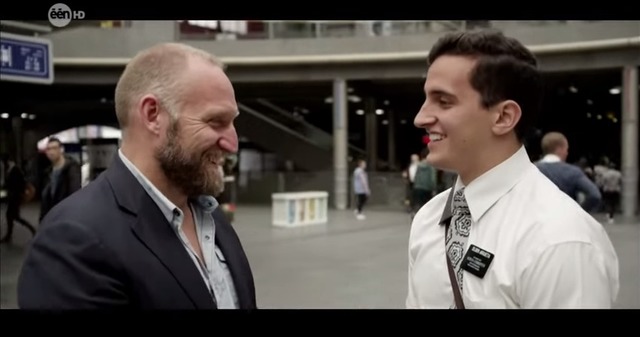 As he walks, who should he find but a pair of American missionaries in a nearby square? Noticing that they speak English, he decides to cross over to them and asks, "You come from America? Why are you here?"

Elder Argueta, the missionary he picks out of the crowd, answers, "Yeah. I'm here to share the gospel with people, share a little bit about Jesus Christ, and also serve people."

Jan explains that he's making a new TV program where he says "Yes" to everything—and Elder Argueta doesn't let that opportunity slip by. He asks Jan if he can come and share a message with him at a later time. Of course, Jan says "yes."

In a story released by KOAT 7 Albuquerque, two missionaries serving in the area shared their thoughts—and testimonies—following a harrowing encounter.

Elders Zuniga Delgado and Michael Whitaker met with a potential investigator in his home last week, where the man refused to let the two missionaries leave, using physical force to keep them in the residence. 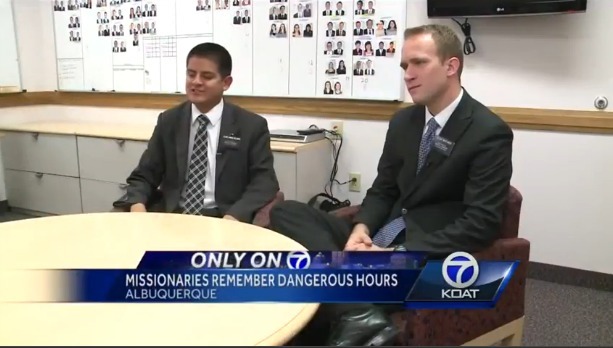 After remaining in the home for three hours, the man left the companions to go into the kitchen—which is when the missionaries made a break for the door. The man holding the pair hostage was arrested shortly thereafter.

The next day, despite the incident, the elders continued tracting.

"In all honesty, it's those people that we're trying to help out the most," Elder Whitaker told KOAT 7.