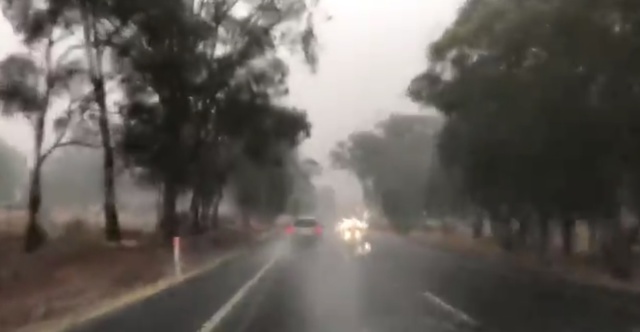 Pacific Area Presidency Thanks Those Who Participated in Fast; Rain Falls in Sydney

Australia has made international headlines for its burning bushfires which have ravaged the country, burning around 12.35 million acres of land and causing the deaths of 24 people and nearly 480 million animals, according to Time.

So when the rain fell, posts on social media reflected excitement and gratitude.

The rain comes a few days after a fast held in Australia. Last week, the Pacific Area Presidency invited local Saints to join them in a fast for the country.

On Sunday at the conclusion of the fast, the Area Presidency wrote a letter published on the Australia Newsroom page that thanked those who participated in the fast.

“As this Fast Sunday draws to an end for the Pacific Area we are heartened as an Area Presidency to hear reports of just how many members joined with the Pacific Area Presidency in dedicating a portion of their fast to petition the Lord for relief from the bushfires and drought conditions in Australia,” the letter reads. “We hope you are heartened to learn that Saints from around the world, at their own volition, joined in the fast with you. We thank all who participated for this physical demonstration of their faith in Christ and their love and compassion for their fellow Saints.”

Even with the rain, authorities warn that the fires will continue to burn. The weather will turn hot and dry again by the end of the week, according to Sydney News.

The letter from the Pacific Area Presidency explains The Church of Jesus Christ of Latter-day Saints will continue to provide temporal support to the community.

AustraliaAustralia,
Comments and feedback can be sent to feedback@ldsliving.com