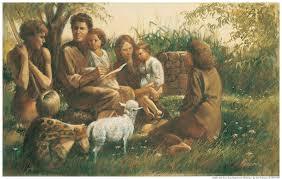 Parenting Based Upon the Principles of Liberty

Proponents of liberty will tell anyone who will listen that liberty feels good. A liberty mindset prescribes the complete absence of force, which gives us peace, feelings of competence, feelings of being in charge, and feelings of great connectedness to others as we perceive ourselves as integral parts of a much greater whole. When we understand liberty, we lose the desire to seek out our own best interest at others’ expense. We lose the socially engrained feeling that someone else, some great “They”, will fix community problems, and we begin to take ownership for roles our forbearers mastered during childhood. In short, when we learn to safeguard ourselves against the effects of the mantle of force, we can begin to blossom emotionally. So how do we convey the true ethics of liberty to our children? I have heard people who claim to be liberty-loving turn in the same breath and treat a child as if his autonomy is unimportant.

Picture the well-meaning parent who, using an authoritarian (forceful) approach, tells his child “Pick up your room.” If the child’s natural instinct of autonomy is intact, he will not be likely to comply. It is not an act of defiance, laziness, or evidence that more force is needed; however, parents often perceive it as such and up the force ante (”Clean your room right now or…”), which as we all know ends up in power struggles, unrelated rewards and privileges attempts, and other parenting nonsense. Force on another human being never works because it is not mentally healthy, and children are really good little Geiger counters for sensing when the poison of force is being radiated against them.

Read the rest of this story at ldsliberty.org