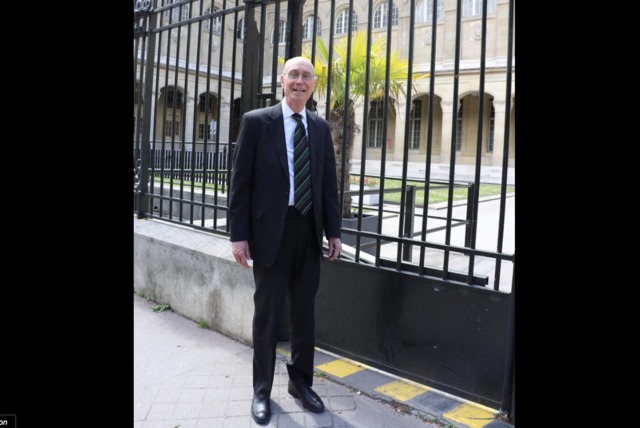 Find out why the Paris France Temple dedication is a "very tender thing" for President Eyring and other LDS leaders.

Before Kathleen Eyring met her husband, President Henry B. Eyring, first counselor in the First Presidency, she spent time studying at Sorbonne University in the heart of Paris. Surrounded by history, culture, and beauty, she developed a love for all things French: French music, French food, French art and the French language—which she worked hard to learn.

Young and alone, she found a home among the French Latter-day Saints and worshiped with them at 3 Rue de Lota, an old mansion which was owned by the Church and converted to a chapel.

After marrying, President and Sister Eyring returned to France and to 3 Rue de Lota. They walked the streets of Paris and the gardens of Versailles and tasted the best croissants. As President Eyring experienced the love his wife had for the country and people, he grew to love them too.

In recent years, as Sister Eyring’s health deteriorated, she sometimes spoke in French. And even though she cannot travel with him to Paris as he dedicates the Paris France Temple, President Eyring will again walk the streets and imagine the time they spent in the country. It is a “very tender thing for me,” he said.

“I think I feel the blessing of a temple—perhaps a little more—in France, because of the feeling of faithful saints over the years,” he recalled.