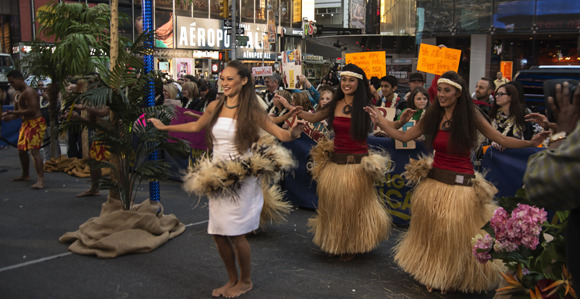 Showcasing the cultures of the Pacific islands, more than a dozen dancers and musicians from the Polynesian Cultural Center in Laie, Hawaii, performed in New York City on April 30 and May 1 in honor of the 50th anniversary of the PCC.