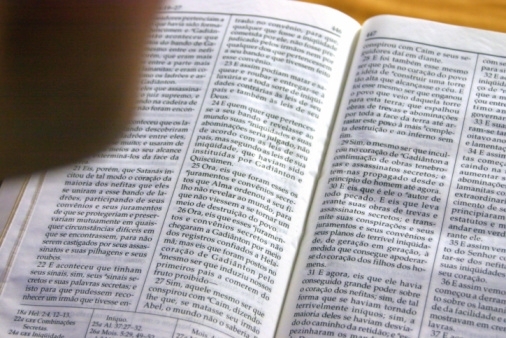 We’ve all been in that church meeting where we hear someone say, “In the scriptures, it teaches that with great power comes great responsibility.” We pause for a moment and think, “Wait, that’s a quote from a Spiderman movie, not from the scriptures.” Or the seminary student who stands in front of the class saying, “One of my favorite scriptures is when Christ says, ‘I never said it would be easy; I only said it would be worth it.’” If you look, you won’t find that doctrine anywhere because it doesn’t exist.

Often in LDS culture we hear people summarize or quote scriptures not found in the delicate pages between the covers. It also happens when we attribute a saying to a general authority who never spoke the actual quote.

The Spiderman hybrid scripture in the first paragraph was a fake quote intended to portray the idea in D&C 82:3 where it starts out saying, “For of him whom much is given much is required. . .  .” Although similar in theory, it fails to portray the true meaning in the scriptures. There are two very different ideas being suggested, and one is straight out of the scriptures. The other is in a Hollywood production.

Another instance of someone struggling to find a passage that simply doesn’t exist occurred when a woman approached another at church and asked, “Where in the scriptures is the story of the footprints in the sand and how when we are at our lowest points, it is then that God carried us? I can’t seem to find it.” Although it is a beautiful poem that instills hope in others, it is just a poem—not scripture.

Robert Line, an instructor at the Institute of Religion adjacent to the University of Utah, has taught seminary and institute. He has also been an adjunct faculty in the religion department at BYU. With 20 years of experience in Church Education, Line said there is an axiom in the Church Educational System (CES) that says: If you can’t document it, don’t tell it.

In a letter to mission presidents and CES instructors, Elder Packer said, “I did not make that statement. I do not believe that statement. The statement, on occasion, has been attributed to others of the First Presidency and the Twelve. None of the Brethren made that statement." (To read the news story on this, go here.)

Although there are many ways misquotes like this happen, Line gave two main reasons for why he thinks these spurious, or fake, quotes originate and spread. The first is that a quote is said and repeated but not documented. Two or three people later, someone attributes it to one of the Brethren in the Quorum of the Twelve Apostles. As it moves further along, someone attributes it to someone like President Hinckley or another apostle.

“They get passed along like oral traditions, but no one documents the original source,” Line said. “That comes back to the whole premise of if you can’t document it, don’t tell it. I think things get transmitted orally and no one ever stops to check.”

When undocumented doctrine is brought up in class, Line tries to encourage his students to focus on doctrines that are true.

“Rather than inventing a doctrine that may or may not be true, maybe go with doctrines that are true,” Line says to his students. “But let’s not concoct doctrines that try to make us feel better when there is no sound basis for them.”

The second main reason Line suggests often starts at a regional or stake conference or other gathering where a general authority will speak.  Someone will take notes and put it on the internet, and it will go viral. In their notes, they say “Elder Perry said this at regional conference,” when in reality he might not have said it. That’s just what the person heard and what they’re writing in their notes. Maybe they missed a word or heard it differently than what was said. Maybe they took it out of context and didn’t pick up on the subtle tone or sarcasm.

Line gives three points of caution and warning to his students as well as other teachers.

“If you can’t document it, don’t tell it. Use only correlated quotes [from official Church sources]. Ask yourself if your attempt as a teacher is to edify students or if you are trying to sensationalize the doctrine or are trying to create a following,” Line said.

A few other non-scriptural phrases include: