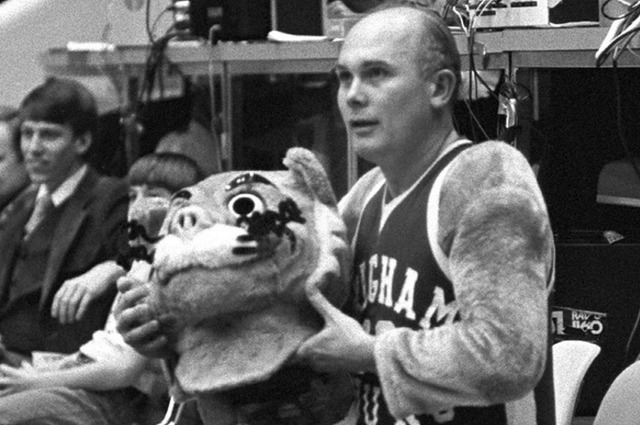 Photos: When Elder Oaks Was Cosmo the Cougar at BYU

Before he was an apostle and before he was appointed to the Utah Supreme Court, Dallin H. Oaks served for nearly a decade as the president of Brigham Young University.

During this time, Elder Oaks had to wear many hats in his role as president—quite literally.

At the groundbreaking of the BYU Centennial Carillon Tower, Elder Oaks donned a top hat while riding a scraper pulled by two Clydesdales.

Near the end of his time as president of BYU, Elder Oaks went to a BYU game wearing something besides his usual suit and tie. In a 1979 basketball game, Elder Oaks was revealed as BYU's mascot, Cosmo the Cougar. 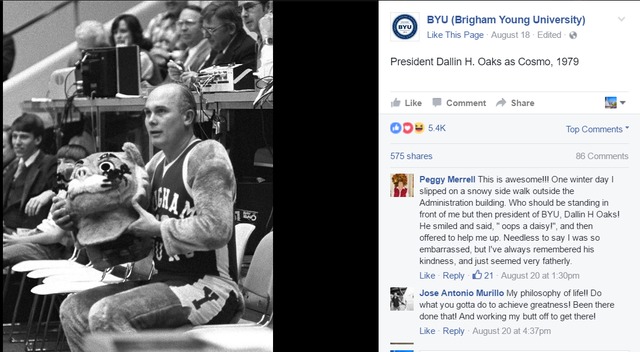 It's encouraging to know that Elder Oaks goes above and beyond to fulfill his duties, no matter what the calling or job description.