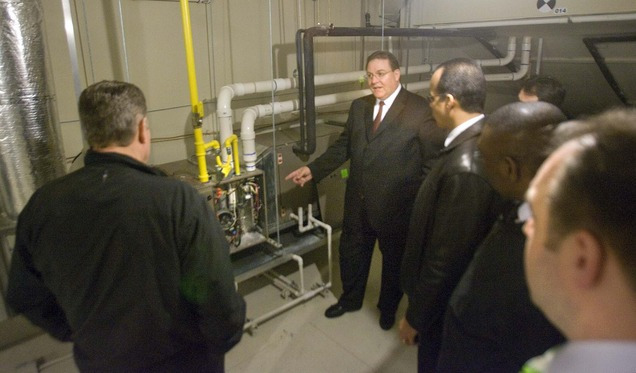 Lessons learned from pilot “green” meetinghouses, including one in Farmington and one in Eagle Mountain, are being applied in new LDS Church buildings throughout the world, says Jared Doxey, director of architecture, engineering and construction for the church.

The Davis County meetinghouse, which houses the Farmington 6th Ward and Farmington Ranches 4th Ward, eventually will be a stake center.

It was the first of five prototypes completed last spring and often is used by The Church of Jesus Christ of Latter-day Saints to showcase what Presiding Bishop H. David Burton called an “aspect of our culture [that] has become a vital part of our DNA.”

Other “green” meetinghouses completed in the past year are in Eagle Mountain in Utah County and in Pahrump, Nev. A fourth is nearly complete on the border of Mesa and Apache Junction in Arizona. A fifth is just being built in Logandale, Nev., between Las Vegas and Mesquite.