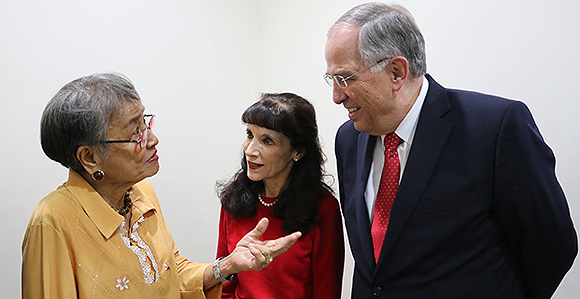 Members from all over the Philippines are celebrating as their country opens up its 100th LDS stake.

On November 25, 1961, she became the fifth member to be baptized in the country.

Back then, the handful of native Filipino Latter-day Saints met with American servicemen. Although they knew they were involved in something special, early Church pioneers in the Philippines never dreamed that in less than six decades, 100 stakes would dot their land.

Mormon Life Philippines StakesPhilippines,Stakes,Mormon Life
Comments and feedback can be sent to feedback@ldsliving.com