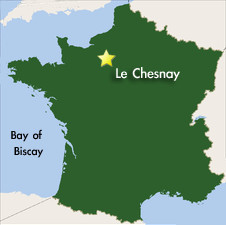 Plans are announced for a temple to be built in France

Based on the promise of a prophet, Latter-day Saints in France have looked forward for years to the day a temple will be built in France.

President Gordon B. Hinckley, in 1998, told members in France that he felt the time had come for a temple to be built there. In 2004, as president of the Church, he once again spoke of the possibility of a temple being constructed in France.

Today, President Thomas S. Monson — President Hinckley's successor — announced that the Church hopes to build its first temple in France on property on the outskirts of Paris.
Read the rest of this story at ldschurchnews.com