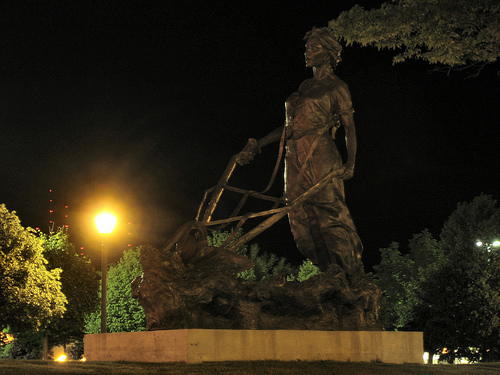 In Primary, I learned the story of the Whitmer’s fields being plowed mysteriously by strangers. “When he went out to start plowing the soil in the morning, David discovered that someone had plowed part of the fields already….The next day David went to the place he had left the plaster, near his sister’s house, but the plaster was gone. His sister told him that the day before, she and her children had seen three strangers spreading the plaster with great speed and skill. She had assumed they were men David had hired, but David knew they were helpers provided by the Lord.” Primary 5, Lesson 9 “Witness to See the Gold Plates”

This story captured my imagination. Who were these helpers? Angels? The Three Nephites? It was a great miracle and it followed me for years.

Later I found myself with a new baby. It was my first and everything was new and difficult. I was too far postpartum for help- I was “supposed” to have things together by that point. Our sink was overflowing with dishes in our studio apartment.